Participants brave a 7.8 quake simulation to put preparation into practice. 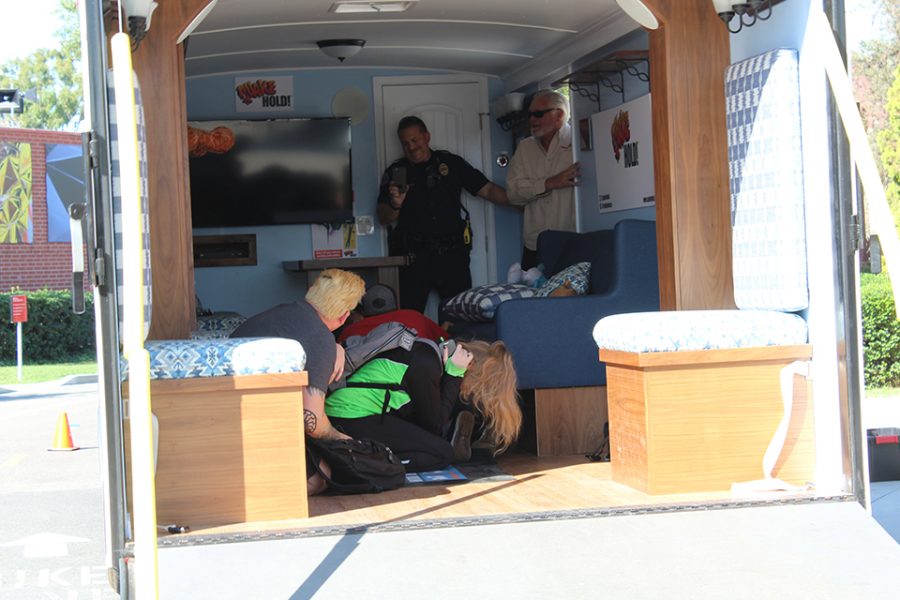 To help students learn first-hand how to react during an earthquake, Campus Safety partnered with Big Shaker Enterprises to host an earthquake simulator on Tuesday.

to ensure readiness
This event marks the first time the Big Shaker mobile earthquake simulator has come to campus without accompanying programs or role-playing scenarios. Campus Safety Chief John Ojeisekhoba believes it remains critical for students to pair their knowledge concerning earthquakes with personal experience to ensure their readiness for the realized event.

“Over the years we’ve put out information through email to students,” Ojeisekhoba said. “What we’ve learned is that it’s always good to not just put out some information but to mix that up with some practical exercise… We believe that should help make us better in terms of preparedness.”

The Big Shaker mobile earthquake simulator allowed students and employees to experience an earthquake with an approximate magnitude of 7.8. Participants entered a trailer furnished to appear similar to a living room and listened to a brief tutorial about responding to an earthquake by utilizing the drop-cover-hold method. Then they put their knowledge to the test as the trailer rumbled for several seconds, sending items flying off bolted shelves.

Junior nursing majors Madyson Brown and Rebecca Branch were among the first group of participants to board the Big Shaker. Though they felt more excitement than apprehension knowing the experience remained a simulation, Branch acknowledged the dangers of an actual earthquake.

“It scared me a little bit, because we didn’t know when it was supposed to start…  but I think it would be a lot scarier in real life because you don’t know how long it’s going to last,” Branch said.

Students have encountered the Big Shaker before, in December 2014. However, in that instance it coupled with a massive campus-wide operation involving departments from the City of La Mirada and 60 student actors. An emphasis on knowledge and practicality caused the shift, according to Ojeisekhoba.
a taste of fear
“What we’re trying to do this year is to focus on how to build awareness and educate students and how students can respond from the onset,” Ojeisekhoba said.

“Even if we’re taking the lead on this, we’re working with areas like UCM to work on communication to the community, communication with the media, working with Student Development to get them involved in the process,” Ojeisekhoba said.

The sum of this planning improves community preparedness. For students like Brown who have never experienced an earthquake before the event, the simulator provides a taste of fear for the natural phenomenon.

“I think it was just kind of fun and silly, but in real life it would definitely be scary,” Brown said.