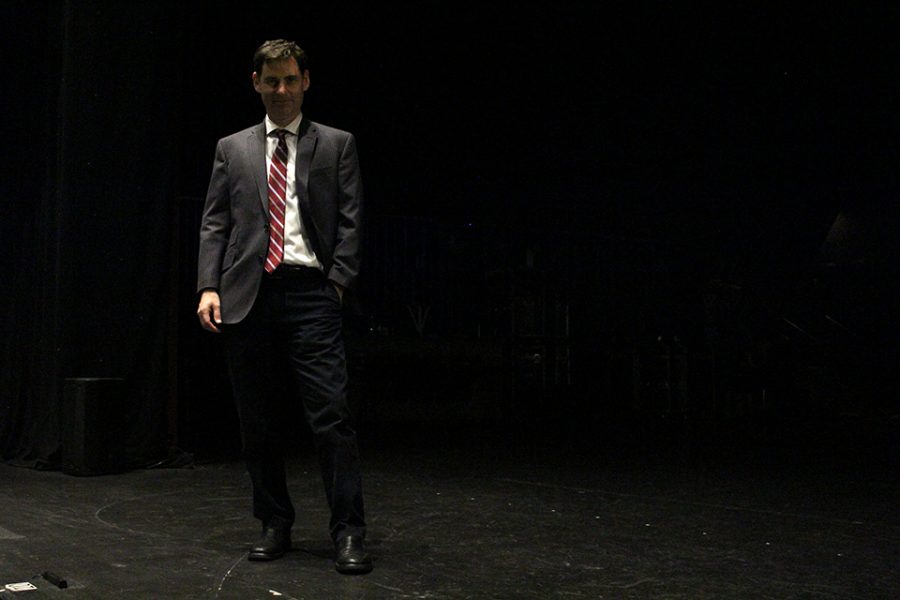 The producing and artistic director for the La Mirada Theatre for the Performing Arts, B.T. McNicholl, has enjoyed a long, laborious yet fruitful journey to get to his current position. The lessons he learned along the way have proved instrumental in preparing him for a successful career—a career that started in a very different place.

Tireless Dedication
After graduating college, McNicholl spent his time writing magazine articles, earning enough cash to stay afloat while searching for a way into the theatre business. He began working with a playwright on an off-Broadway play. This experience eventually led McNicholl to work at Playwrights Horizons in New York City, which gave McNicholl the opportunity to meet the famous stage director, James Lapine.

McNicholl worked tirelessly for Lapine even though he barely made any money. He did all kinds of research and readings, making sure he did everything Lapine needed. McNicholl explained the attitude he had to adopt.

McNicholl’s work ethic led to other job offers and fresh opportunities. He built a network of people who knew him.

“What you find out is that usually one relationship leads to the next and almost everything that’s happened to me has been because one relationship on a show spurred another relationship on another show and another career opportunity,” McNicholl said. “Which is why it’s always important to always do your best because those things lead to recommendations down the line.”

McNicholl reaped the rewards of his work when Lapine began directing the Disney film “Life with Mikey” and asked McNicholl to help. The film served as a catalyst for his career and fostered vital connections that eventually led to new job opportunities.

“If you’ve done a good job, people will remember you well and fondly and they want you on the next one,” McNicholl said.
From Broadway to La Mirada
After McNicholl learned all he could from Lapine, he decided to move on and pursue other opportunities. He worked with a plethora of renowned directors and actors. He worked for many years on an acclaimed revival of “Cabaret” with Sam Mendes, Rob Marshall and Alan Cummings. He also worked with the distinguished director Mike Nichols. Until McNicholl started working on “Cabaret,” he virtually worked for free. This job provided him with his first stable income which allowed him to pay off the debt he had accrued.

“If you’re not willing to serve and work for free to prove yourself, I think it’s hard to get in,” McNicholl said. “You have to believe in yourself, you gotta bet on yourself, and put your money where your mouth is.”

All of those experiences and connections led to McNicholl’s recruitment by the Palace Theatre in Stamford, Conn., where he worked as the producing artistic director. After two years, he heard about an opening at the La Mirada Theatre for the Performing Arts. He decided that he wanted a new challenge and adventure, so he packed his bags and came to California to run the theatre.

McNicholl has added all kind of shows to the theatre’s schedule, taking their programming beyond just plays. He seeks to make the theatre appealing to a wider audience and to get more people through the doors. He explained how last year marked a notable increase in the amount of people who went to the theatre—more than triple the amount of the previous year. McNicholl also works to make the theatre more attractive to new actors and directors. All these things improve the theatre’s quality and make it more appealing to the community. His attitude that treasures learning and craves new experiences helps McNicholl improve himself and the theatre. He arrived determined to apply what he learned in order take the theatre to the next level.

“If you’re not intellectually curious, you go stale. The artists who succeed are the ones who go outside of their comfort zone,” McNicholl said. “You gotta keep going out and seeing things and seeing what the latest things are and educating yourself, challenging yourself, reading so that you stay inspired.”