Ed Eng shares his story and his vision for partnering with Biola. 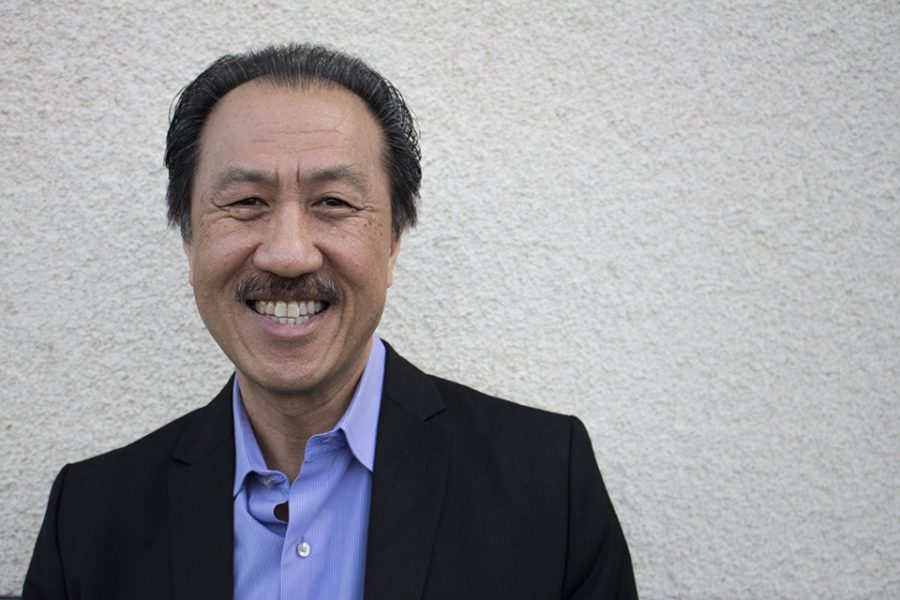 Mayor Ed Eng believes in La Mirada and Biola students. Before Eng became mayor on March 3, 2015, he had quite a journey.

He emigrated from Hong Kong in 1969 and graduated from UCLA with an engineering degree in 1982. He later received a master’s degree in engineering. Eng was also the Director of Operations for the Los Angeles Times and now works for the County of Los Angeles as a consultant.

With all these accomplishments, he still has a heart for the City of La Mirada as well as college students and the success they could achieve in life.
Q: What was the election process like for you?
A: “It was one of the most difficult things I ever had to do because I’ve never done it before. When I decided to run, with the support of my family, I actually Googled the process, and they said to get endorsements—that’s the first thing you do. So I made 26 phone calls that night, very excited, and by the time I made the 26 phone calls I was very dejected, because I had 26 no’s. Some said ‘I won’t endorse you,’ some said, ‘You’re too late into the process.’ Some people said ‘You don’t have any political experience.’ So from me being very excited to the other side, very dejected…

“I got down on my knees. I had tears in my eyes and said, ‘I can’t do this, Lord, just tell me what to do.’ By the time I walked downstairs, my wife looked at me, and said, ‘Guess what? I just read [this] Scripture, and it says…’ I said, ‘Before you say anything I’m going to have to disappoint you, I’m quitting.” She said, ‘Well before you quit, listen to this Scripture first: if you depend on your own power, it probably won’t work out, but if you depend on God’s power, give it a chance. He’ll lead you in the right direction.’ I thought about it and thought about it, and I said, ‘What have I got to lose, there’s only a month left in the whole process.’ So I said, ‘I’ll just finish it up.’

“I was so nervous the week before, and people were telling me, ‘Just get your name out there,’ and I told everybody, ‘If I don’t win, that’s it for me. There’s no second time for me, so it’s all or nothing.’ Things worked out. I came in with the highest votes.”
Q: How has your previous work experience prepared you for being mayor?
A: “So with all those experience[s], when I went into becoming mayor, first of all I see possibilities of what we can do… We’re a very conservative city, but I see all these opportunities in technology, people  and business. I see all that. I think I generally like people. I connect with people, and through that, I enjoy serving people, and that’s why I think the Mayor of La Mirada is almost to me a natural extension of serving God—it really is. When I was at the Los Angeles Times, I had 1,500 people that I managed, but now I’m serving 50 thousand people through God. It’s an extension of God preparing me to do bigger things.”
Q: How do you partner with Biola?
A: “We meet once a year with the President, Mr. Corey, and we talk about what we’ve been doing. The second thing is our La Mirada staff also meets with the various managers of Biola to talk about what events are coming up, and we see what areas we can partner with [them]. For example, there’s a annual tennis tournament benefit. They do that. There are business mixers.”
Q: You have had quite a journey. Is there any advice you would give college students about to start their own professional journey?
A: “Number one, never ignore opportunities. … The second one is never isolate yourself. I call it never eat lunch alone. The world is so complex and so ambiguous now. I don’t think you can do anything on your own. You can create the vision, but you need to connect with people to do something. The third thing is always be positive. It’s hard to be positive all the time, but always  learn how to pick yourself up. I say you need four bones. I spoke to a class at UCLA on this, I said: ‘You need a wishbone, because you’re gonna have to learn how to dream. You need a jawbone, because you need to know how to talk about your dreams. You need a backbone for when you fall, you got to know how to pick yourself up. But most of all, you need a funny bone, you got to have a sense of humor in life.’ Those things you really, really need to do. Also, the fifth one is you need to be proud of who you are. We’re all individuals living in this world… Be proud of who you are, your heritage, your parents, what you do.”