When Commons does not cut it, take flight to Fullerton. 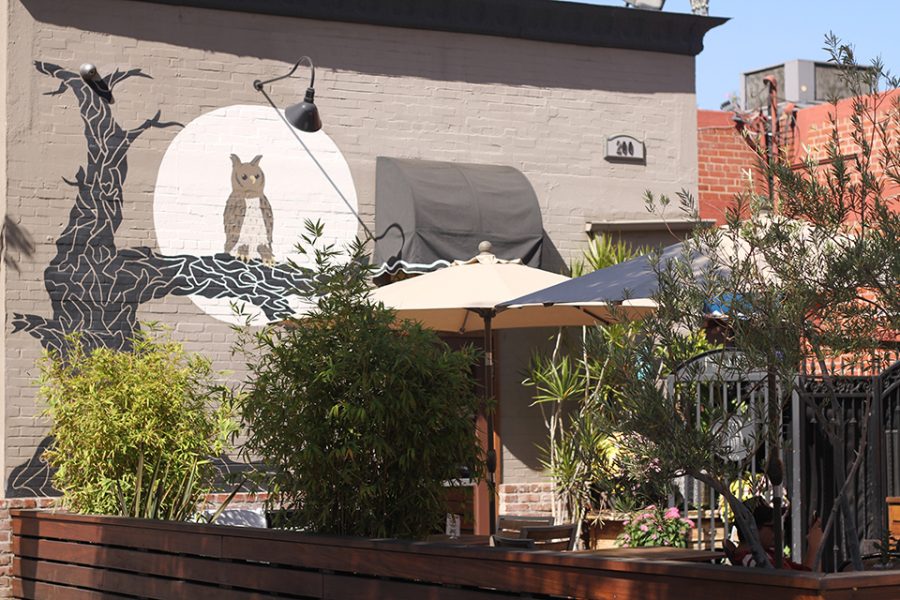 The time has come for flannels, colorful leaves and pumpkin smells. You can find them all in the classic coffee shops along downtown Fullerton’s streets, but one soars above the rest. At the corner of Harbour Boulevard and Amerige Avenue, sits a whimsical little bohemian cafe, called The Night Owl.

A procrastinator’s habitat
Driving by, the shop is marked by the words “Coffee, Music, Art” painted on the window framed by red floral patterned curtains. Implied in the name, it is open much later than most other shops—until midnight everyday—making it one of the best places to finish that paper due at 11:59 p.m.

“It’s small—you know the regulars, the regulars know you,” said Bradley Trap, a barista who has worked at the shop for a year and a half. “Also, there’s a lot less rigidity that you get in more corporate places where it’s less about the actual craft and more about just getting it out, and that’s something I appreciate about the Night Owl.”

The inside contains a few pieces of mismatched furniture and green lanterns hanging from the ceiling, fully encompassing the soft, bohemian vibe. To top it off, the persistent jazzy music and soft lighting relaxes the visitor into feeling as though time has slowed, fostering a space for creativity and focus, something for which many come. Of course, the caffeine helps with that as well.

As autumn has arrived, so has The Night Owl’s specialty drinks. Aside from the classic pumpkin spice latte, they feature many fun flavors, all averaging about four to five dollars. One of these includes a pancake latte, with vanilla flavoring and a touch of sweet maple syrup. Another is called a white velvet latte, which mixes the flavors of white chocolate and lavender—a personal favorite. Senior journalism major and barista Chloe Carlson, however, prefers the blueberry muffin latte.

“The blueberry muffin tea latte is amazing,” Carlson said. “It’s so good. It literally feels like if you could make a blueberry muffin a drink, it would be that. It tastes exactly like that.”
A hidden gem
Another unique aspect about the shop includes the tiny stage tucked away in a back room. For those interested in the art and music scene, the shop hosts several events every week, including live music every Friday through Sunday, open mic nights on Tuesdays and even movie nights on Wednesdays.

“It’s so cool,” Carlson said. “They’re really good singers—I feel like I am watching a season of American Idol.”

They also host monthly events, such as a poetry night on the last Sunday of every month and an art walk on the first Friday of every month. In addition to this, they keep every show rated PG and family friendly. Be sure to get there early though, the small space can get packed quickly.

“The one thing I love about Night Owl is that it welcomes every type of person here,” Carlson said. “That’s what I love is, people come and feel like this is their home.”