Christian Clubbing: Do Something club goes on hiatus

Club’s lack of leaders leaves the likelihood of its return uncertain. 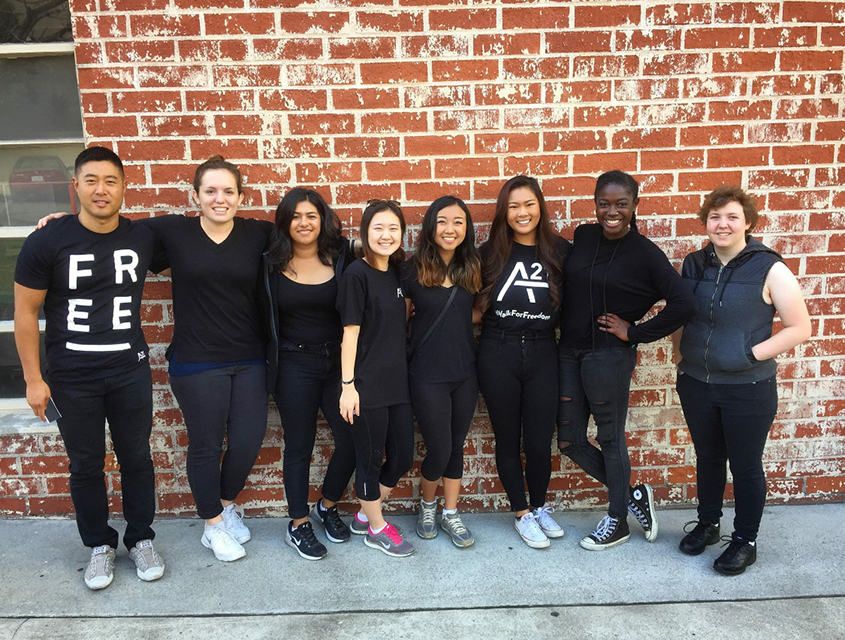 The Do Something Club takes a break this semester after experiencing a drought of leaders.

The club attended marches against human trafficking, decorated cookies for the La Mirada firemen and hosted a screening of “The White Helmets” followed by a panel. The documentary screening event attracted many viewers and interest in the Do Something club, but by then, junior sociology major Jessica Gurrola already knew the club could not continue.

“There was no way that I was going to be a leader for a club and be an RA. So I was just like, ‘I have got to let it go,’” Gurrola said.

When Gurrola joined the Do Something club as a freshman, she had no idea she would soon become its president. After club founder Lauren Garchow graduated in the spring of 2016, Gurrola stepped into the role of president.

Despite receiving over 200 likes on their Facebook page and emailing around 60 registered members, the Do Something club lacked participation early in the year.

“Not a lot of people were super involved, but I think a lot of that had to do with just being busy and having other school stuff, too,” Gurrola said.

Gurrola reached out to club members and friends, but she could not find a replacement president.

“It was early spring semester that I found out I had to be an RA and that’s when I started having to figure out, ‘Okay, who wants to be a leader?’ but no one really spoke up,” Gurrola said. “A lot of people help out, but they just don’t want to be labelled as a leader.”

Professor of sociology and former faculty advisor for the Do Something club Brad Christerson sees the importance of student-led clubs.

Hopes for a short hiatus

“I think over the 20 years I’ve been here, students now are more engaged in issues of justice,” Christerson said.

While students are more aware of social injustices and desire to be members, the Do Something club needed passionate people willing to take a leadership role.

Gurrola hopes that this hiatus only lasts for a short time. If no one wants to take the position, she will consider restarting the club next year, and she is looking to delegate the powers.