All hail the queen of burgers and business

The CEO of In-N-Out shared the sacrifices and dedication she needed to carry on her grandfather’s legacy. 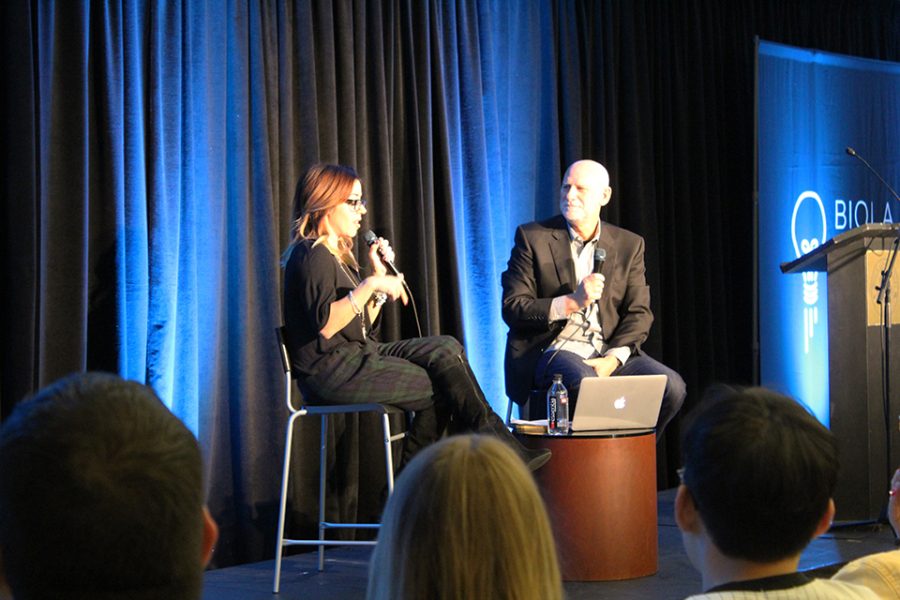 “My grandfather didn’t just have a great idea and put some people to work. He was in there, hands-on, covering shifts that other people didn’t want to cover before there were people who could actually manage it. He was there doing everything,” Lynsi Snyder said to the audience. Lynsi Snyder was the speaker for the Biola Startup Competition kickoff and is the heir to the throne of the magnificent In-N-Out Burger empire.

commitment to quality
Biola had their third annual business startup competition kickoff on Monday, Sept. 24 at the Andrews Banquet Hall where Snyder shared small bits of her life story and In-N-Out entrepreneurial beginning.

“My grandfather’s commitment was to quality,” Snyder said to the audience. “It was really about him going down to the butcher, selecting the different cuts, and the produce, knowing where he was going to get the tomatoes and not compromising at all. I think there’s a lot of things that you can carry in just about any business-and that’s sticking with the things you’re going to stand by and having those cornerstones.”

Snyder’s speech inspired the aspiring contestants and the audience as a whole with stories of the hard work and sacrifice her grandparents needed to start the company. It also contained her own need to sacrifice and work hard to preserve her grandparents’ legacy.

Students now have a shot at showing off their skills and creativity in the business field. As the the teams of three prepare for the competition, they have a chance to start their own legacies.

“The purpose of it is to set up entrepreneur opportunities for students to form their own company and their own ideas-put them into practice, raise the money, put the organization together and try to take their product, service or ministry to market. So, through that process, then they get an idea of what it really takes to put a business together,” said Harold Tabor, a member of the advisory board in the steering committee for the program.
building an entrepreneurial mindset

The administrators hope to accomplish a few things this year. One includes speeding up alumni’s achievable business plans and ideas by providing a structure via a process and a coach. The second involves building an entrepreneurial mindset for those that are interested in testing out their ideas.

The awards for the winning teams are definitely something for them to be excited about.. The third prize team earns $5,000, the second prize winner will receive $7,500 and the first prize winner earns $15,000 that goes toward the development of their company. But the most important part of the competition does not have to do with skill, but rather having a creative and compelling idea.

“Every year the ideas that come forward are new ideas. The thing that drives it are the student and alumni business ideas, and that’s different every single year,” said Gary Lindblad, dean of the Crowell School of Business. “The mechanics are almost exactly alike, but there are a few changes this year. The past two years they did very few fireside chats, and this year they’re doing fifteen of them.”

The contestants have until Oct. 16 to gather their team. After their acceptance, the teams will go through a number of steps such as turning in a business plan and working with their coaches before finding out the winner on Dec. 1.