Officers welcome applications and discuss the prospect of working for the agency. 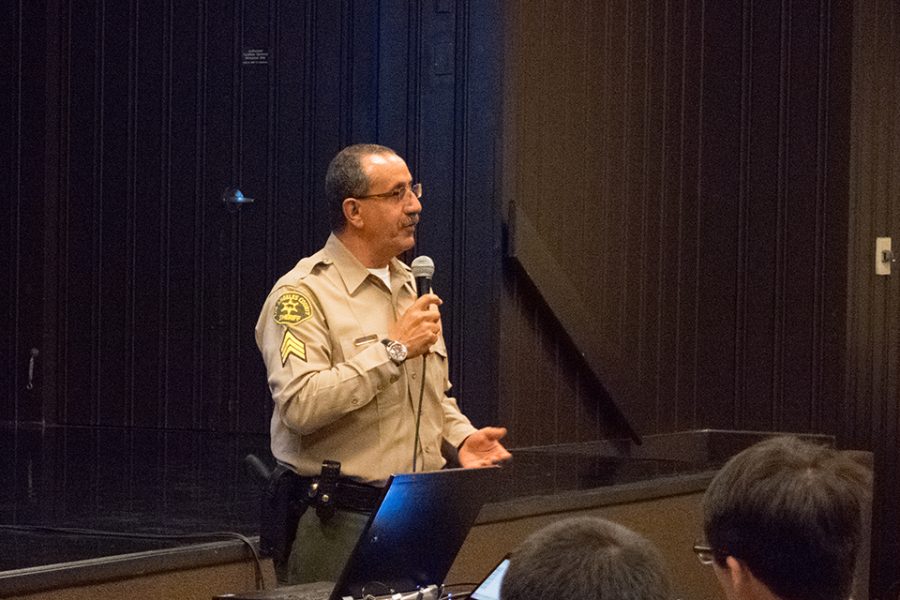 A panel of representatives from the CIA discussed the multiple employment opportunities with students in a Q&A session on Sept. 26.

various working environments
Associate professor of political science Scott Waller introduced the event, which began with West Coast regional recruiter Holly Hudson delivering a presentation concerning the various departments of the CIA and explaining the job application process. After the presentation, five CIA employees shared stories of their experiences with the agency before opening the conversation to audience members.

Working for the CIA offers many opportunities, including world travel and acting in many diverse positions, to which students of all majors may apply, according to the speakers.

“One of the things that I love about the agency is that we get to rotate assignments every two years. And so, over my 15-year career, I’ve had a variety of different jobs, being in different environments as well as being able to do different roles,” Hudson said to the audience. “So there’s just so many opportunities at the CIA, and I’ve really enjoyed taking advantage of all those different experiences.”

Junior political science major Wyatt Redfern liked the multitude of employment offerings the CIA has, especially for students looking to use the skills they have learned in college.

“The primary thing that I got out of it was just realizing how many opportunities there were in the CIA, from engineering, to political science to English. There’s just so many options and I don’t think I realized that prior to this event,” Redfern said.
“We are apolitical at the CIA”
While the CIA consists of many directorates, they share a core duty which does not alter with the political climate, though the focus of its operations may adjust as necessary, according to the speakers.

“We are apolitical at the CIA. It does not matter who is sitting in the president’s chair―we report to the president and we do not take a side one way or the other,” Hudson said during the Q&A. “We do often times receive new directors when administrations change… but our job stays true to what it is.”

The speakers also warned against buying wholly into the dramatic stereotype of the agency. The CIA, they noted, is orientated around intelligence gathering and application, rather than assassinations and tuxedoed martini sipping. Junior political science major Nathan Folsom, who has held an interest in the CIA since age 10 and wore a CIA hat to the event, recognized this. Nonetheless, he did not allow the demystification to diminish his enthusiasm for the subject.

“I had the typical delusion that the media and Hollywood seems to present. But it was refreshing and I’d say even beneficial to see the government institution of the CIA being as diverse and multifaceted as it actually is,” Folsom said.