The Eagles fought hard to pull out victory. 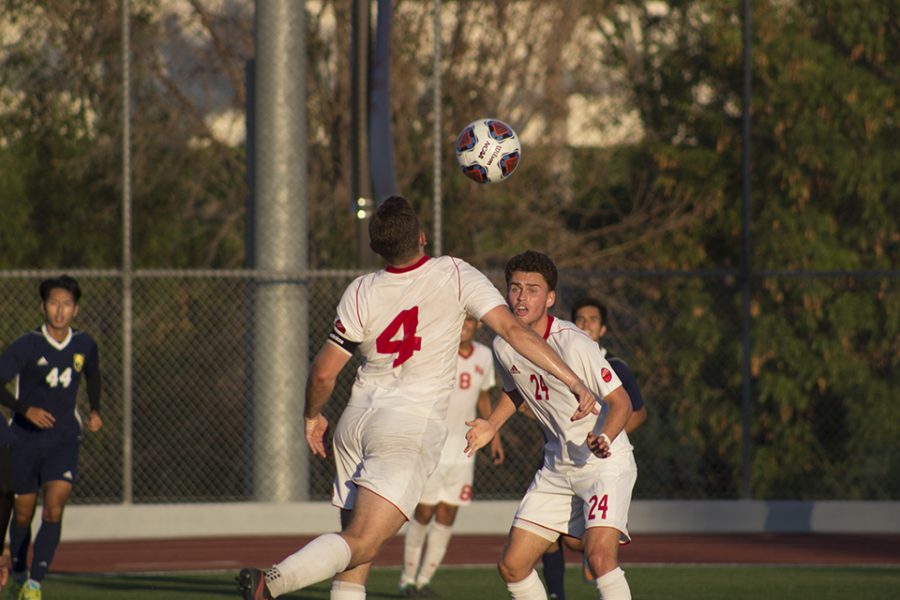 Biola’s men’s soccer team recorded their first NCAA Division II win against the Ottawa University Spirit at Al Barbour Field. Senior defender Sammy Mckay scored the only goal of the game nearly 14 minutes into the first half. The Eagles tried to strike a second score but could not convert despite numerous opportunities. However, the defense remained strong throughout the rest of the game, making McKay’s goal stand until the game ended with a final score of 1-0.

Strong effort on defense in the end

“I think we were combining really well, our [center midfielders] and our defense were combining one, two, three and trying new patterns,” McKay said. “It wasn’t anything like the past few games.”

However, the Eagles could not build off of the energy of the first half on the offensive side. The defense in the second half also took a step back.

According to head coach Todd Elkins, the game became more rushed in the second half and the Eagles did not have as good of a chance to score. Elkins also praised McKay and senior defender Riley Waldeck for their effort on the defensive end.

“Our goal really to start out with was, don’t give up the goal tonight,” Elkins said. “Our team is so focused on getting the most out of each other… that’s why we even had success tonight was because each guy was working to get success out of the other.”

The Eagles’ defense held on throughout the game, with senior goalkeeper Igor Puglia recording three saves for his 10th career shutout.

“Our combination play was really good in the first half and in the second half we lost some of that,” Elkins said. “We still got into the attack but we were not as dangerous and it opened the door for the other team.”