Rain cannot damper students’ and faculty’s excitement about the opening of the new center. 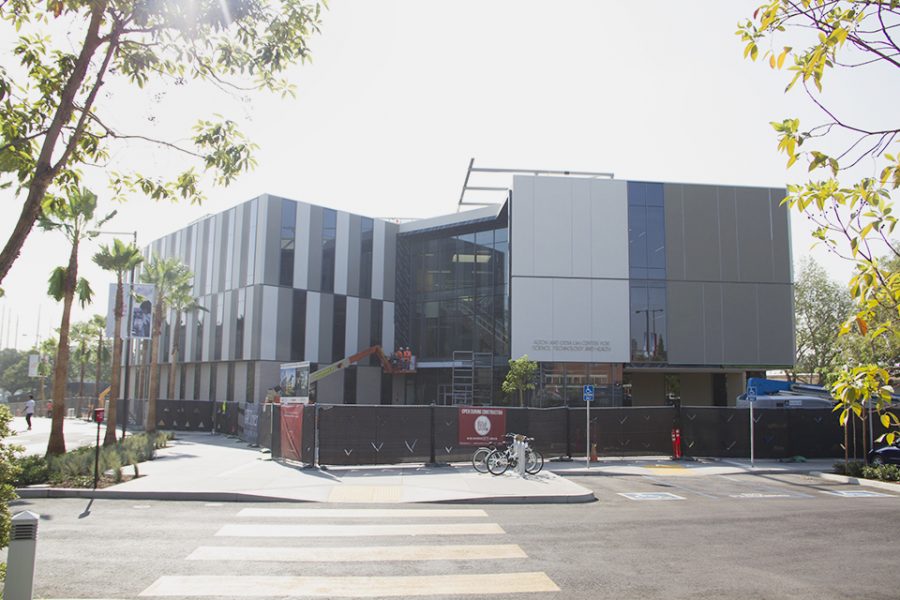 Though facility’s initial occupation of the Alton and Lydia Lim Center for Science, Technology and Health has shifted to Nov. 9, anticipation for its increased space and equipment remains.

“So far the impact was insignificant. I mean, considering the amount of rain that we had, it could have been much worse. But they were able to kind of move some things around in the schedule and make up some of that time that was lost,” said Brian Phillips, senior director of facilities management.

Though the weather has impacted the schedule slightly, dean of the school of Science, Technology and Health Paul Ferguson commends the efforts made to build the center.

“I think it’s incredibly exciting. I mean, I think when you look in 2012 when the Board of Trustees made this commitment to raise 63 million dollars for a 91 thousand square foot building… it was an incredible step of faith and they made that resolution trusting that God would do miraculous work,” Ferguson said.

After faculty move into the building, which is almost three times the size of their current combined locations, their former sites will undergo changes. Soubirou Hall will experience remodels for additional nursing and kinesiology lab spaces for fall 2018. Plans for Bardwell Hall remain undetermined, while communication sciences and disorders will remain in Dorothy English Hall. This daunting task demanded careful forethought, according to Ferguson

“When I came a year ago it was a pretty big mountain. We’re going to move into this facility and you’ve got lots of faculty, lots of students, lots of equipment, lots of supplies. So, I think over the year we have strategically and intentionally planned the move,” Ferguson said. “I think early uncertainties have kind of given way to pretty good confidence where we’re going.”
Generating collaborative creativity
With the science center’s quickly approaching classes opening date of spring 2018, students look forward to the potential of the building, including sophomore biological science major Dylan Englund.

“I think it would prepare me for life outside of college really well. I love Bardwell and all―I love it immensely―but the new center looks so much like a clinical application,” Englund said. “Especially just working in a hospital or any type of clinic where you can go to work, that being a scientist in a lab for physics or a chemist. I think it would definitely prepare you pretty well.”

Besides the state-of-the-art facilities and equipment the center will offer, it will also allow students to work together, according to Ferguson.

“One of the aspects of a wonderful undergraduate education is that sense of community and collaboration, seeing your professors across the hallway. And so when you have all the departments in the building … the collaborative spaces are much more available to them,” Ferguson said. “And so not only do you get that great part of collaboration and science, but that generates creativity.”