Cross country off to a fantastic start 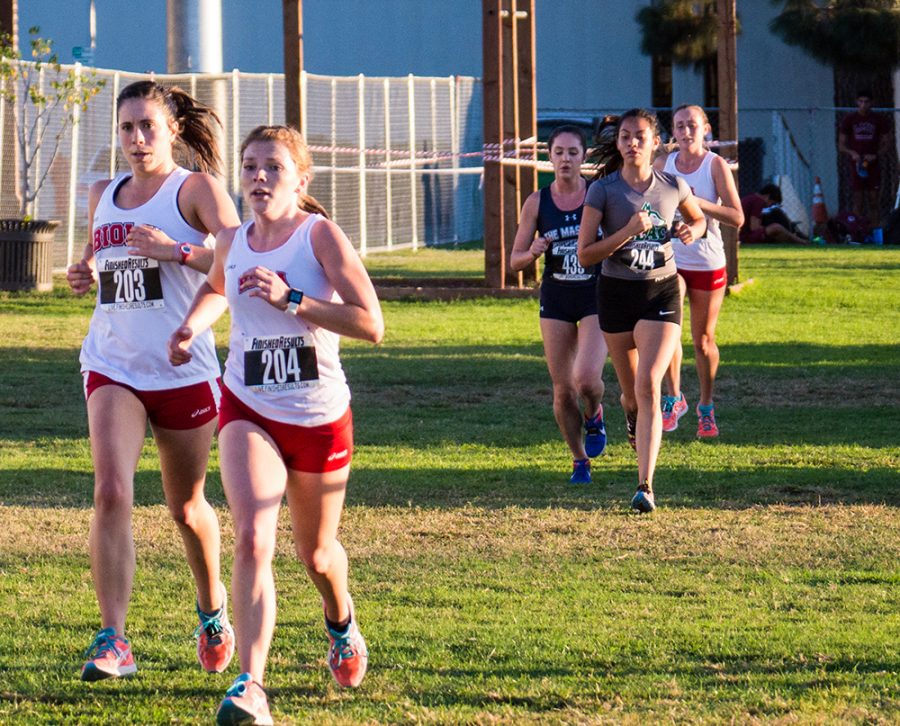 Men’s and women’s cross country started NCAA Division II competition about as well as they could have hoped for, with runners from both teams rising above the field at the Biola Invitational on Sept. 9. The Eagles took the men’s team title, thanks to four runners who finished in the top 10 of the individual leaderboard, while two women recorded top 10 times of their own to give their squad a second place team finish.

Jeremy Porter of Azusa Pacific University took home the men’s individual title and Thomas D’Aneri of Claremont-Mudd-Scripps finished second, with fantastic times of 24:54.85 and 25:06.21 in the men’s 8k, respectively. Neither performance, however, proved enough to move up their respective schools as the Eagles stuffed the top of the men’s leaderboard from there.

Junior Ryan Thompson led the way for Biola’s men, posting a 25:16.66 time to wind up third behind Porter and D’Aneri. Sophomore Gabriel Plendcio came in right after Thompson, finishing fourth with a 24:19.24 time. From there, the finish line filled with Eagles as four of the next eight fastest runners came from Biola.

Freshman Gio Orellana recorded a 25:50.53 time in his Eagles debut, coming in at eighth overall. Sophomore Robbie Gleeson, freshman Tanner Dutchover and freshman Ryan St. Pierre finished 10th, 11th, and 12th, respectively. The three were separated by a total of just six seconds apart—Gleeson at 25:54.11, Dutchover at 25:59.81, and St. Pierre at 26.00.33.

Biola ended up with six finishers in the men’s top 12, while no other school had more than two. This easily gave them the men’s team title, with CMS finishing second and APU finishing third.

A changing of the guard

The meet had even more significance for the women, as it marked their first competition since Lyndee Dawson, one of the greatest runners in Eagles history, graduated in May. So far, the Eagles are filling the void. Freshman McKenna Mason shone in her first collegiate race, coming in second in the women’s 5k with a time of 17:56.07. Senior stalwart Hannah Hunsaker, the Eagles’ other top 10 finisher, came in sixth with a 18:12.86 time.

Other standouts from the women’s 5k included senior Stephanie Croy, whose 18:36.86 time got her 11th, and sophomore Amanda Reyes, who came in right behind Croy in 12th with a 18:37.69 time. The Eagles’ effort proved enough to net them a second-place finish in the women’s team rankings behind CMS. The Claremont colleges dominated the women’s leaderboard, with four finishers in the top 10. Those included women’s individual champion Bryn McKilliop, who posted an amazing 17:48.61 time to take home the title.

Looking to build off their successful start to DII competition, both cross country teams will return to action at the UC Riverside Highlander Invitational in Riverside, Calif. on Sept. 16.