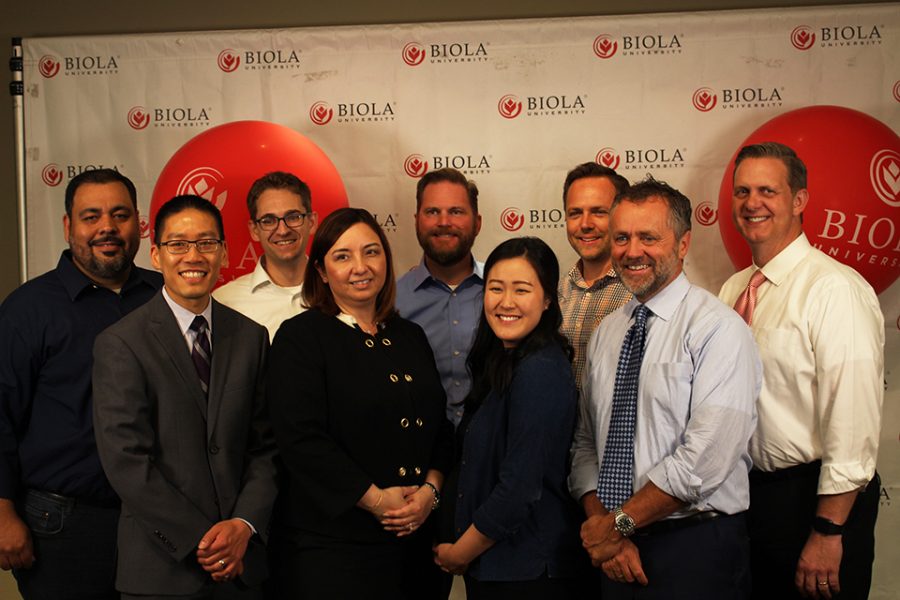 Reaching audiences beyond campus
The program, titled the Biola Lifelong Education And Resource Network, provides a number of concise courses for the development of those who seek to grow in their skills and character. While the courses do not count toward degree completion, they are intended to be easily accessible, especially for those otherwise unable to attend Biola.

This expansion of Biola’s education to audiences beyond campus reflects the university’s mission, according to Corey.

“Our mission, and it has been since 1908, is to help students think biblically, preparing them in mind and character to make an impact on this world for Christ,” Corey said during the stream. “So what we have is not peripheral to who we are. This is the core of who Biola is and we’re offering it today.”

Biola LEARN launched concurrently with the Facebook Live stream, which marks the first time administration has introduced a program through the medium. By the time the stream ended, it had garnered 879 views, increasing to over a thousand views ten minutes later.

Administration has been discussing the prospect of Biola LEARN for two years, though the final stages came together about six months ago, according to director of the Center for Marriage and Relationships and professor of psychology Chris Grace, who composed one of the courses.

“I think there are people who are sitting someplace who will never be able to make it to this campus,” Grace said. “I think the impact [of Biola LEARN] will be that person who, really for the first time, gets the ability to hear and see firsthand what a lot of people who come here get to see.”
remains less expensive
Biola LEARN courses are fully online and authored by Biola faculty and staff from departments including Talbot School of Theology and Spiritual Development. The instructors present the courses through readings, prerecorded media and exercises, but in a somewhat different manner than they do with traditional courses, according to senior director of new business ventures and university planning David Shynn.

“They’re a lot more bite sized, easier to consume on your mobile device,” Shynn said. “They aren’t necessarily guided by a professor, they’re self-driven. So you can kind of go at your own pace and really kind of skip through the course as you like and really get to the information that you’re most interested in.”

Each course remains less expensive than a traditional class at Biola, with the initial wave of offered courses costing $9.99 to $24.99 each. Corey announced during the stream that Biola LEARN will also feature certificate courses in the future, allowing for increased professional development.

Speaking to prospective students of the program, Corey reiterated his invitation to education.