Ponder on the meaning of sacred

Preserving what is sacred requires Christians to acknowledge the entities that threaten it. 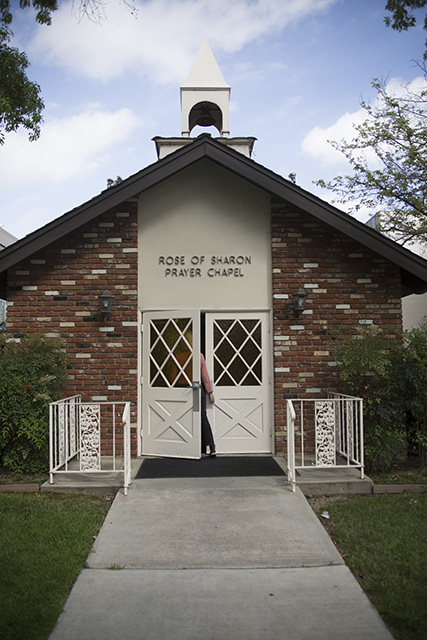 For many students, the concept of the sacred has been repeatedly dissected for academic papers and discussed in a meticulous manner in Bible classes on campus. As Christians, understanding what sacred means in a biblical context is essential for our faith and a mature understanding of Christian theology. It is also important for students to identify the greatest threats to what is considered sacred in contemporary times.

Britannica defines the concept of the sacred as defined as “the power, being, or realm understood by religious persons to be at the core of existence and to have a transformative effect on their lives and destinies.” Christians can define sacred in numerous ways. God is sacred. The Bible is a sacred text seen as inerrant and holy. Life is sacred. However, it also remains important for students and Christians in general to acknowledge the reality of political, social and economic dynamics and structures which threaten what Christians consider sacred.

When corporations are given personhood in the political landscape, the concept of the sacred is misconstrued. The idea of personhood is manipulated for the objectives and agenda of influential political and economic institutions — most notably the influence of the corporation. When powerful energy corporations engage in harmful practices such as large tar sands operations, they ultimately violate the concept of the sacred by perpetuating the man-made destruction of the climate. In a corporation, no individual is ultimately guilty for the destruction of the environment. Corporations are not evil. However, morality is made irrelevant when a corporation simply becomes an entity or instrument used to maximize profit — in the aforementioned case, it serves a societal demand for hydrocarbons in a world where natural resources are limited in quantity.

Maintaining the sacred in society also preserves what is considered the “common good” or the public good in western society. Students live in a world where numerous people feel increasingly atomized and lonely. The philosopher Hannah Arendt wrote about the topic of atomization extensively in her career. Some might contribute the origins of this problem to consumerism or the instant gratification provided by social media. Regardless of the cause, preserving the concept of sacred requires people to preserve the community, social and religious importance of civic engagement.

The importance of civic engagement

Journalist Chris Hedges writes a column in the Truthdig titled “The Lonely American.” In the article, Hedges argues the nature of the corporate state continues to isolate people and squashes the language and significance of dissent in a democratic society where political dissent is healthy and even necessary. Man was not made to live alone. As Christians, we are called to engage with others in our community in a loving manner – this shows a form of preserving what is sacred. If other humans are sacred, then it is easy to subsequently conclude that preserving the community is in the best interest of the thriving of a community.

MIT professor Noam Chomsky penned an article for The Nation on the 800th anniversary of the Magna Carta about the beautiful solidarity people held in land called “the commons.” Inhabitants of the commons preserved the sacred value of the community and life in general before wealthy English elites interested in expanding the lucrative wool industry divided up the commons for capitalist development.

Students live in an increasingly complex world where the knowledge of what sacred means and the contemporary threats to it is seldom talked about. From the military-industrial complex to neoliberal economic developments, the concept of the sacred is ultimately violated by institutions and sinful humans. Students should continue to discuss what constitutes sacredness, but should also actively identify the institutions threatening what is sacred.