In the midst a tough week for baseball overall, Thorne’s bat kept swinging, earning him this week’s Chimes’ Athlete of the Week. 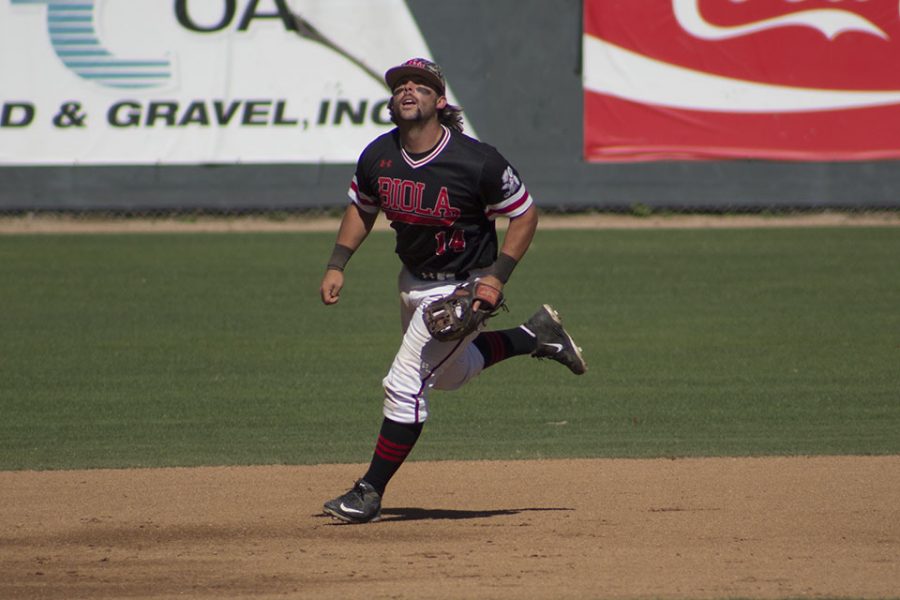 If Biola’s men’s baseball team had played their last game of the season on May 5 against The Master’s University, then senior infielder Sam Thorne would have ended his career with a bang. The 5-foot-8-inch fifth year senior from Watsonville, Calif.  kicked off the week with a perfect day at the plate as he went 3 for 3 and launched a solo bomb over the center field wall that contributed to Eagles’ 11-9 victory over the Bethesda Flames on May 4. In the same game, Thorne drove in three runs and scored three. Although the Eagles were ousted from the GSAC Tournament after two games, Thorne continued to hit, going 1-3 in each of their losses. With his domineering week at the plate, Thorne raised his batting average to .321 and earned this week’s Chimes’ Athlete of the Week.