Students can learn the value of free speech from its condemnation at Berkeley earlier this year. 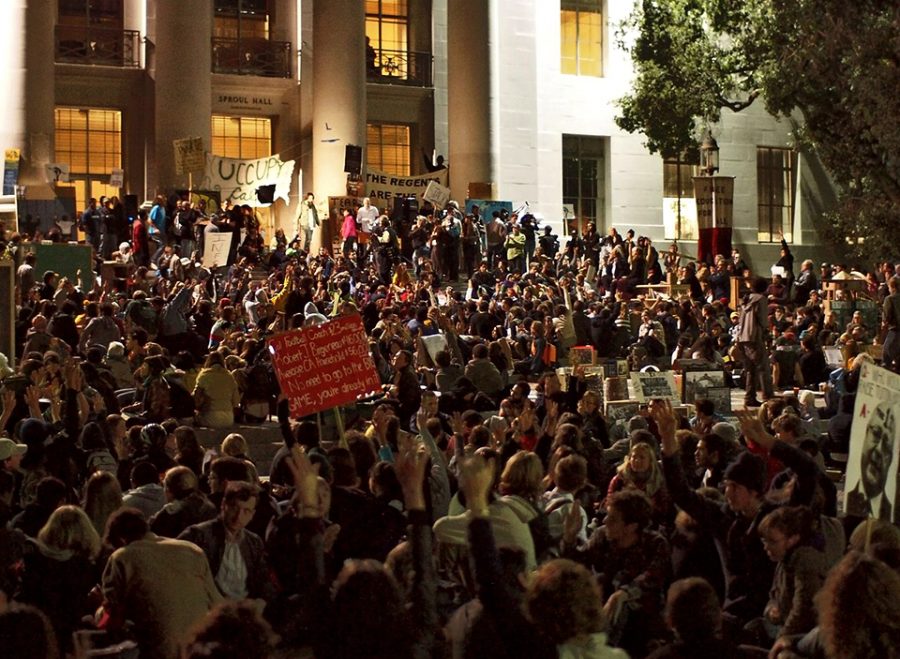 UC Berkeley has long been a very liberal school known for its many protests in the ‘60s and ‘70s. These leftist views have only seemed to grow stronger over the years. With the election of President Donald Trump, many, not just at Berkeley, have taken to the streets to voice their disapproval of the president. Every American remains entitled to this right and able to express their opinion openly and freely, yet what has begun to occur at places like Berkeley includes condemnation of free speech.

Far right speaker and Breitbart editor Milo Yiannopoulos was scheduled to speak at UC Berkeley. Yiannopoulos was forced to evacuate the school as far left activists such as Black Bloc anarchists and protesters who identified as members of Antifa smashed windows and started fires. The Free Speech Movement started at UC Berkeley in 1964 after students protested en masse when administrators tried to restrict their political activities on campus. It is quite ironic that protests continue to occur to limit one man’s right to free speech. Americans live in a divided nation with a great deal of hate and anger. The left will not listen to the right and vice versa. Citizens only have to look at Congress to see how little bipartisanship remains. For healing is able to happen in this nation, there needs to be opportunities for people on the far left and right to share their views with the other side. Disagreement does not have to occur as long as both sides talk with each other. If UC Berkeley students truly wanted to make an impact, they would have allowed Yiannopoulos the opportunity to state his views. Instead, it has lead to even more division and anger between the left and right.

Yet the restriction of speech has continued at Berkeley with the canceling of an appearance of Ann Coulter. Protesters forced Coulter to cancel her talk when the school was unable to provide a safe venue because of the violent protesters. In a tweet, Coulter said, “I’m so sorry Berkeley canceled my speech. I’m so sorry YAF acquiesced in the cancellation. And I’m so sorry for free speech crushed by thugs.” It is very sad that people can take such violent measures to not hear another’s point of view. While the right is not blameless, collaboration needs to exist between both sides.

Schools on either side of the political spectrum should open their doors to speakers that the majority of their students do not agree with it. Even a conservative school like Biola could help lead the way to ending this division in the country. If free speech is lost, the country will quickly follow.