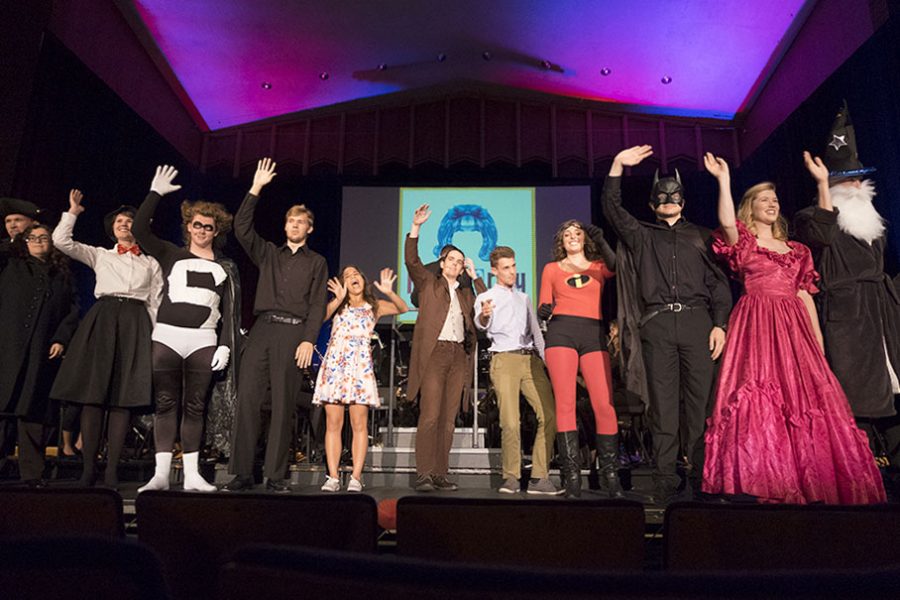 With the rise of the conductor baton, the Biola Symphonic Winds POPS! concert was off to start. “The Magnificent Movie Music Museum of Marvelous Mannequins” had its highs and lows throughout its performance. The exceptional playing by the symphonic winds orchestra was constantly contrasted with the dialogue of the various skits throughout the show.

Subverted cliches
From the start, what made this performance noteworthy was its superb song selection. The theme of this year’s POPS! concert centered around popular film composers, something that could have easily been counted as a cliche. Surprisingly, the song selection was quite balanced instead. Introducing fans to John Williams by using the soundtrack for “Midway” instead of Harry Potter or Star Wars was a smart choice because it showed a sense of authenticity in knowledge rather than flocking to his most popular work. The choice of using “The Incredibles” was notably smart because it highlighted the amazing score not well-known to many. It also helped that this was arguably one of the strongest performances of the night thanks in part to the addition of a live drum kit and the play between the trumpets and saxophone sections.

A piece like “The Incredibles” was somewhat complex and fast moving, so it was natural to put in a score like a “Mary Poppins” medley after — a simple, yet well-executed piece. The flute section in this specific piece handled their complex parts in a fluid fashion

For all the diversity found in the score selection, it was, at times, a hard contrast with the dialogue found in the skits that occurred in between songs. The light-hearted skit followed two lovers lost in a museum and provided the concert’s comic relief with puns and film score references. Although the point of the dialogue is to lighten the mood between pieces, it became somewhat overbearing at points. In retrospect, this is the point of the dialogue. In the grander scheme of the overall show, the bombastic acting in between made sense.
over-the-top nature
As the night progressed, the orchestra showed a clear improvement in quality. A score medley from director Sydney Pollack’s “Out of Africa” depicted the fluidity of the orchestra in slower pieces in the form of delicate swoons and swells in a grandiose manner.

The night ended on a positive note all around, with the two lovers finally escaping the caverns of the museum and the orchestra ending with the timeless piece, “You Can’t Stop the Beat!” from “Hairspray.”

Though there were some unavoidable discrepancies, POPS! succeeded in highlighting the greatest scores throughout film history in a lighthearted way. The over-the-top skit ultimately contributed to the extravagant nature of the POPS! concert and made it a memorable performance.