A fantastic overall performance against Vanguard University gives Perez Athlete of the Week. 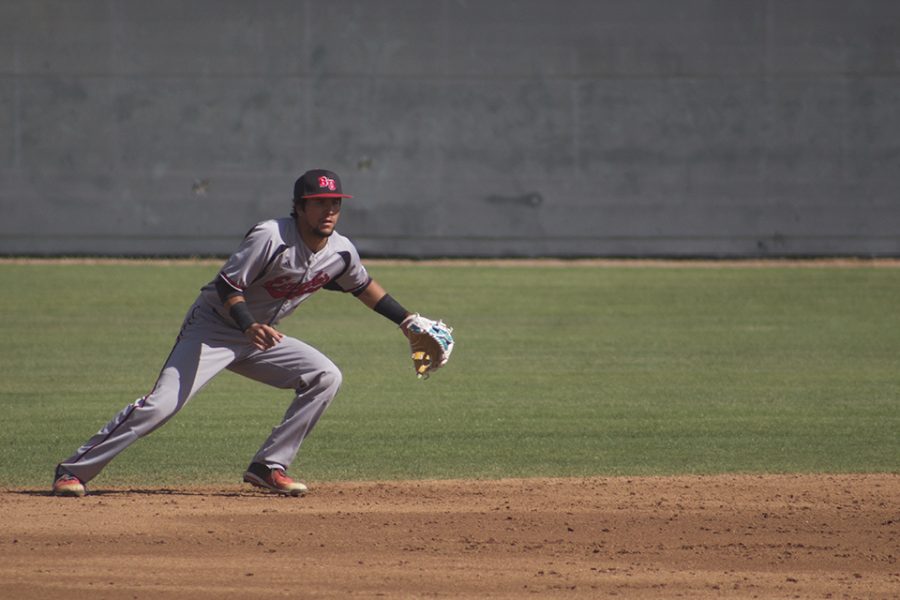 Junior shortstop Ricky Perez played a critical role in Biola baseball’s huge win over Vanguard University that allowed them to come in second place in the Golden State Athletic Conference and earn a playoff bid for the second year in a row. In the first game of the series, in which Biola ended up coming from behind and winning 13-12, Perez had an excellent outing, going three for five from the plate with a three-run homer and the game-winning run. He followed up that performance by getting four hits in his five at-bats the following game, crossing home plate three times. He then capped his fantastic weekend with two hits in three at-bats, two runs and two stolen bases. Though the Eagles fell just short of first place in the conference with a Hope International win over Westmont on May 2, Perez more than deserves to be Chimes’ Athlete of the Week.