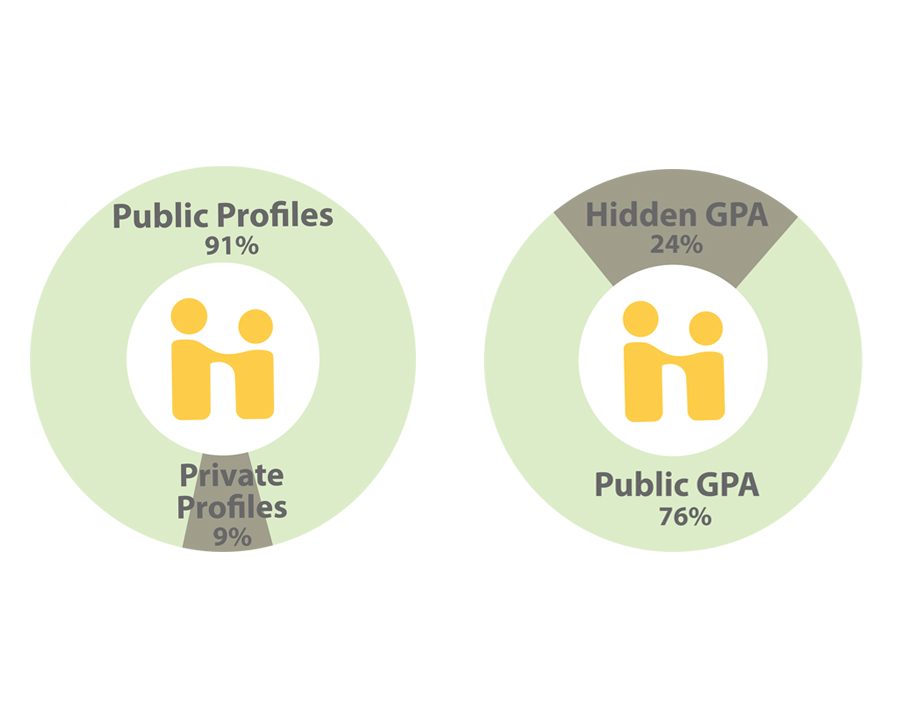 Even though Biola’s center for career development began using Handshake in July 2016, questions of students’ privacy have come up recently as university students do not remember uploading their GPA to their profile.

An Inside Higher Ed article talked to students and alumni from various universities, including Boston University, the University of Rochester and Emory University, who all said they did not remember either signing up for Handshake or uploading their GPA. While Biola does not upload students’ GPA to Handshake, career development does upload students’ preferred name and major with the help of Information Technology and the Office of the Registrar, according to associate director of employer relations Nicole Hollearn.

Senior business major Jonas Wellan believes adding his GPA would only benefit him and others since employers can gain a better understanding of one’s work ethic.

“The fact that [potential employers] would know what type of person I am just alone from the GPA, whether it’s just, like, I take my work serious or not, not saying that your GPA… reflects who you are but it could reflect the type of the worker you could and could not be,” Wellan said.

Freshman music performance major Emma Fontes agrees with Biola’s decision in allowing students to upload their own GPA because one’s GPA does not reflect their capabilities.

“I don’t think a number would define your abilities as a person or… capture everything that is unique to you,” Fontes said.

Co-founder and CEO of Handshake Garrett Lord sent an email in response to the Inside Higher Ed article further explaining Handshake’s privacy policy and future changes. One change included automatically hiding students’ GPA as schools upload them in the future rather than displaying it on their private or public account. At Biola, the profiles students set up include the basic information the career development enters and any other information they agree to within Handshake’s privacy policy or add themselves.

“Our students and alumni are required to acknowledge the privacy policy as they log in to Handshake for the first time, then they are asked if they want to make their information public to employers. This is an opt-in process that a student [or] alumni can take advantage of or decline at any time,” Hollearn said in an email.

Lord also noted in his email that nine percent of students make their account private. When students make their profile public, employers can see the information inputted as well as application information depending on the students’ profile setup, according to Handshake’s privacy policy. At Biola, career development goes through and approves employers who hope to recruit students and alumni, according to Hollearn.

“Upon approval, an employer is given access to one or more of the following: post jobs, request events, request on-campus interviews,” Hollearn said in an email. “Approved employers can message a student [or] alumni who has made their profile public in Handshake, but the employer does not have access to any student [or] alumni contact information.”