This year’s concert includes select scores and arrangements hand-picked nearly a year ago. 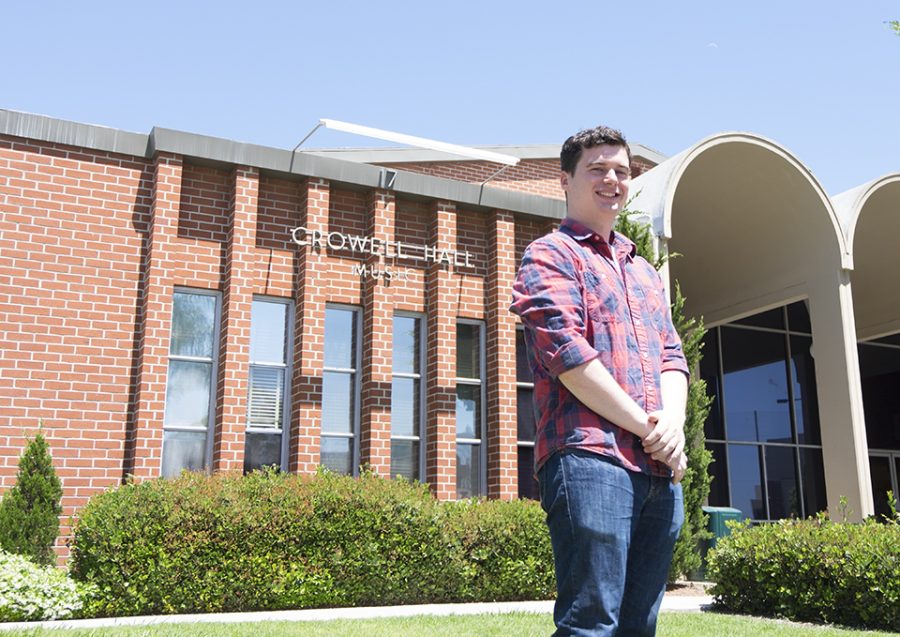 When the Crowell Conservatory of Music offered senior music composition major Shane Cook the position of student conductor for symphonic winds by this school year, the mountain of responsibilities did not sway him from accepting the position with joy and excited anticipation.

Last summer, Cook dedicated himself to selecting the songs POPS! would utilize, as well as recruiting screenwriters from Biola’s film majors to compose a script for the performance to follow. After combing through endless Broadway tunes and film scores, he came down to a list and the music was ordered to include in the completed production. He then appealed to the talent of seniors Joel Bourgeois, physics major, and Timothy Lawrence, film major, to write the script.
Q: How did you initially get involved in planning POPS!?

A: “Part of the student conductor’s responsibilities for the year is to program and plan all of the POPS! concert at the end of the year, which is a really cool thing for an undergraduate student to get to do because that doesn’t happen a lot of places. The director basically told me, ‘It’s all yours, do what you want. I’m here to help you in any way that you need.’ So I had creative control. It was a lot to wrap my head around.”

What makes this year’s theme different from previous years?

“Normally we don’t include movie characters from the pieces that we’re playing, but this year I really wanted to incorporate some of the themes and the characters with the actual music. So it’s a little more interlocked this year.”

What kind of arrangements are you most excited about conducting?

What was the most challenging part of putting it all together?

“I think my favorite part is just getting to choose the music I’ll be conducting. I got to pick some of my favorite film scores. It’s kind of a dream to be able to conduct your favorite movie music when that’s what you want your career to be.”

Have you ever played something you chose yourself, or has it always been given to you?

“For all of the rest of our concerts this year, our band director picks the music and selects a piece for me to conduct. This one, I got to choose the music and choose how many I wanted to conduct.”

POPS! will be performed in Crowell Hall this year, featuring an additional extended stage made by facilities and a screen for projections. The concert is $10 for students, staff, faculty, alumni and senior citizens, and $15 general admission to attend and will occur Saturday, May 6.