Men’s and women’s golf finished out their seasons at their respective conference championships on April 17-18. 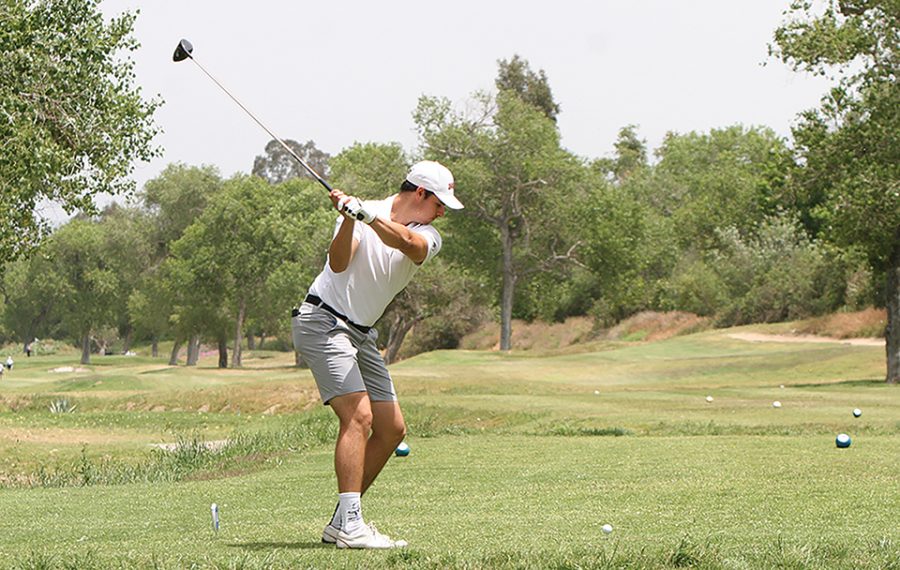 The season for Biola men’s and women’s golf teams have come to a close. While most Biola students rested over their spring break, the women’s team had the CALPAC/GSAC NAIA West Championships on April 17-18 at Hiddenbrooke Golf Course to worry about. The men finished their season on April 24-25 at the GSAC Championships hosted at Carlton Oaks Golf Club.

The women finished their season on a solid note, coming in second of eight teams at the tournament. Their total score of 1028 placed them 92 strokes ahead of the third place team, but they could not catch up to first place Embry-Riddle Aeronautical University’s score of 938.

The biggest story for the tournament involved freshman Alexis Gopfert’s performance. The first-year player from Atlanta had a rough first two days, shooting an 84 and an 87, numbers well above her season average of 79. She rebounded in a big way in the third round, shooting a tournament-best and new career-low of 73. She finished in fifth place of the 38-golfer field.

“I was the first group to finish so I was very anxious to see what the rest of the scores were,” Gopfert said. “I was happy with the way I played and that I was able to come back after not playing good the first two days.”

Freshman Tori Roeske also had a strong performance, coming in eighth overall after her rounds of 86, 88 and 83. Sophomore Mary Karnazes finished in tenth, thanks to her scores of 86, 89 and 89. Freshman Jenny Zhang shot 98, 88 and 84 over the two days, putting her in a tie for 14th. Senior Amanda Hobbs rounded out Biola’s scorecard, posting rounds of 91, 94 and 89, good enough for 17th.

“It really seemed like it came down to how many fairways you hit because if you didn’t, it was almost an extra stroke to get out of the rough,” Gopfert said. “Overall I’m happy with how the team finished.”

The men had a rougher time in their tournament, thanks to a scorecard discrepancy that dropped them from third as a team down to their fifth place result. In addition, they played a course that proved difficult all-around, hampering their play.

Sophomore Austin Bishop was on pace to finish in third place, until the scorecard discrepancy caused his third round score to not count, dropping him all the way down into 30th place. Bishop shot a 75 in the first round followed by an 80 in the second before the unfortunate third round result.

Junior Cameron Bauer officially shot the lowest for the Eagles, finishing in a tie for 11th with his 84, 77 and 80 rounds. Junior Kyle McAbee came in tied for 16th due to his 85, 84 and 77 scores. Coming next for Biola was sophomore Dominic Ariondo, whose 83, 82 and 82 scores earned him 19th. The final scorer for the Eagles was Kaden Page, who put up scores of 81, 84 and 91 en route to his 26th spot finish.

The men have officially hit the links for the final time, due to the recent announcement that men’s golf will no longer continue, whereas the women have the offseason to prepare for whatever lies ahead in the NCAA Div II.