The women’s team shone in the tournament, while the men’s team struggled but still found silver linings. 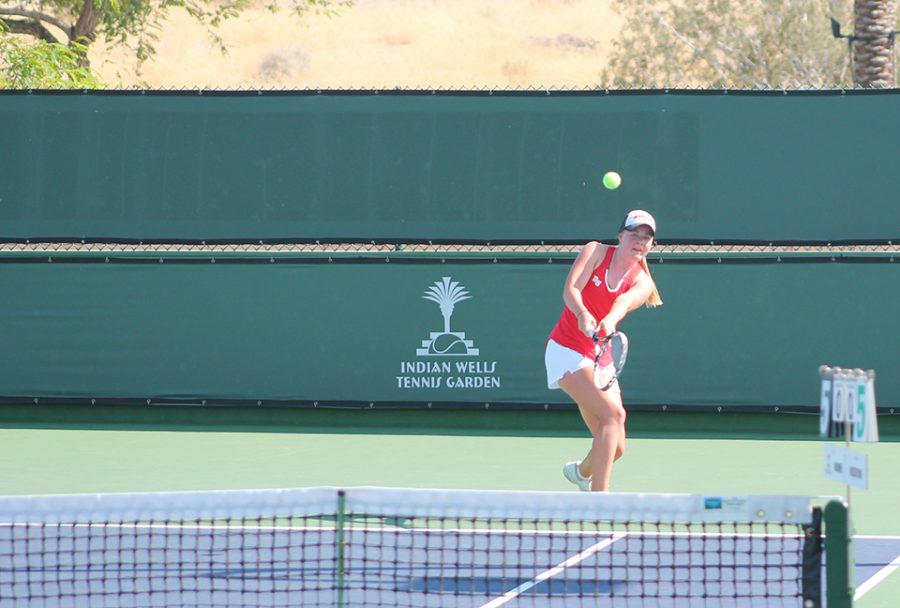 Biola’s performance at the Golden State Athletic Conference men’s and women’s tennis tournament had its ups and downs for both teams. The men struggled to capitalize on their opportunities and Lewis-Clark State College made them pay, defeating the Eagles 5-2 on April 18. The women’s team found their rhythm against Westmont College, winning a comfortable 5-2 matchup, but they fell to eventual champion San Diego Christian College 5-2 in the semifinals.

“It was disappointing, because we had high hopes. When you show up to any tournament, you’re hoping to win and expecting to win,” said head tennis coach David Goodman. “We went into the tournament feeling like we could win, we played a very good team in [Lewis-Clark State], and we had a whole bunch of chances to get wins, but we weren’t able to close out.”

Meanwhile, the women showed their strength in the successful tournament. After exchanging 5-4 victories in the regular season, the Biola women took on Westmont College on April 18 and came out victorious in a 5-2 win.

“We knew it was going to be a close competition, and we played as well as we could have played,” Goodman said. “We took care of business.”

In the semifinals, the women then played top-seeded San Diego Christian on April 19, who beat Biola 8-1 twice in the regular season. Biola fell by a score of 5-2, but showed signs of their improvement over the season in the effort.
achieved potential
“Overall, we’ve improved so much on the women’s side this year,” Goodman said. “I’d say that we achieved our potential as a team this year.”

The Eagles will send four men and four women to the Ojai Tournament, where they look to take home individual and doubles titles.

“I go into every tournament with the goal to win,” Lee said. “If I can’t do it, I’d love to see one of our guys take the singles [title].”

The tournament creates opportunities for athletes to learn and grow while they are away from team competition.

“I just want to see them do things that will help them grow as a player and improve individually,” Goodman said.

The final tournament of both team’s season starts on April 27 in Ojai, Calif.