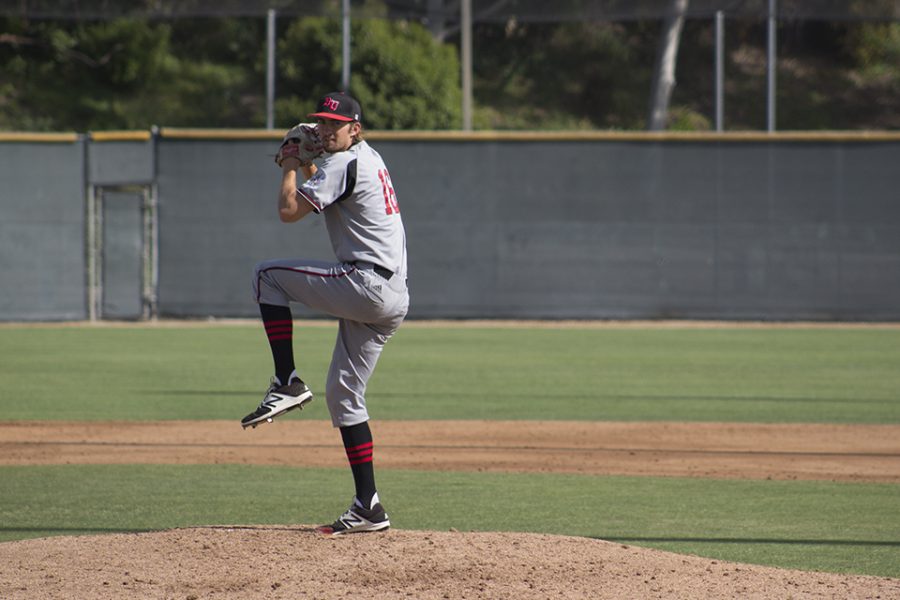 Biola’s baseball team finds themselves on the precipice of an epic final season in the Golden State Athletic Conference, as they sit just one game behind first place Vanguard University. A large part of their success has been a 6’3” senior right-handed pitcher from Lewisville, Texas — Jimmy Gallarda. He has led the Eagles to success in both of their last two series, grabbing wins against Menlo College and Westmont College. Against Menlo, he pitched eight innings, allowing just three runs off four hits and striking out six batters. Westmont was just as successful, as Gallarda pitched all nine innings, allowed another three runs off six hits and capped his performance with a season-high nine strikeouts. Gallarda was rewarded by being named the GSAC Pitcher of the Week, as his season record improves to 9-2. He has been an anchor of the baseball team all year, and for his performance this week, he definitely deserves the title of Chimes’ Athlete of the Week.