Finding the best approach to reconciliation may not be as challenging as it seems. 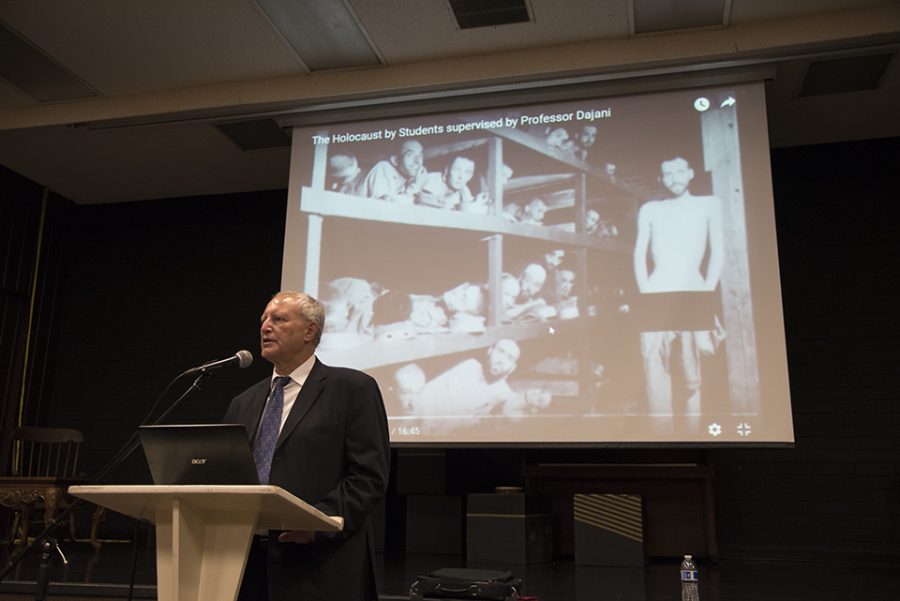 The screams of refugees do not change with time. From the Jewish Holocaust of World War II to the modern Israeli-Palestinian conflict, refugees with their broken and unheard voices ring out through time all the same.

While these two historical events may seem unrelated upon first glance, Mohammed Dajani Daoudi has used the example of the Holocaust to teach Palestinian students and others how to seek out peace with their enemies during a time of tension and political discord.

Since becoming a Palestinian refugee himself after the war in 1948, he has worked tirelessly to pursue religious and political reconciliation, which included changing the lives of the first group of Palestinian students to visit the Auschwitz-Birkenau concentration camp.

“Reconciliation has different levels, and this level is very important for human beings because this is what religion is all about, how to communicate with others, how to speak to them, how to care for the other, how to show empathy for the pain of the other,” Dajani said.

As a result, Dajani received many threats and protests against him after the trip, before finally resigning and leaving Jerusalem. This is one example of how the pain and bitterness leftover from the war has caused some people to overlook truth and pursue peace, according to Dajani.

“Sometimes people will say, ‘What do you know about pain? You haven’t lost this, you haven’t done that.’ You have, I have,” Dajani said. “This way, I don’t think somebody has to lose a son in order to feel how another feels when he loses a son. But rather, when you have humanity in you, you can feel that way without you personally having lost a dear one. And that’s why I feel it is so important for us to look at each other from the human perspective as human beings.”

The importance of reconciliation

Dajani’s unique perspective was new to many of the attendees who enjoyed his personal narrative of the war and admired his pursuit of truth in the midst of suffering. He continues to travel throughout the world to inform college students of the situation in Israel as well as the Holocaust.

As she started noticing an increase in anti-semitism in the American evangelical church, professor of history and Middle Eastern Studies Judith Mendelsohn Rood specifically requested Dajani to speak on April 26, as she began planning the event three years ago because of his experience as a Muslim peace activist who uses the history of the Holocaust to educate students.

“I started to become involved in addressing these issues and looking for others who would be able to teach our students in an inspirational way about how we should think about the Holocaust,” Rood said. “What is the story that connects the Christian community to the Holocaust and how to think critically about that.”

Dajani hopes students and attendees have taken this opportunity to learn a new way of thinking about reconciliation and would be encouraged to take a stand when they see something wrong.

“You want to see where the crowd is going. If you feel the crowd is going in their own way, you do not need to follow the crowd. Despite the fact that maybe this will alienate you from the crowd,” Dajani said. “If there is Islamophobia, and if there is anti-semitism, if there is incentive to incite individuals against the other because of color or gender or whatever reason, then people must speak and take a stand, they should take a stand about that.”