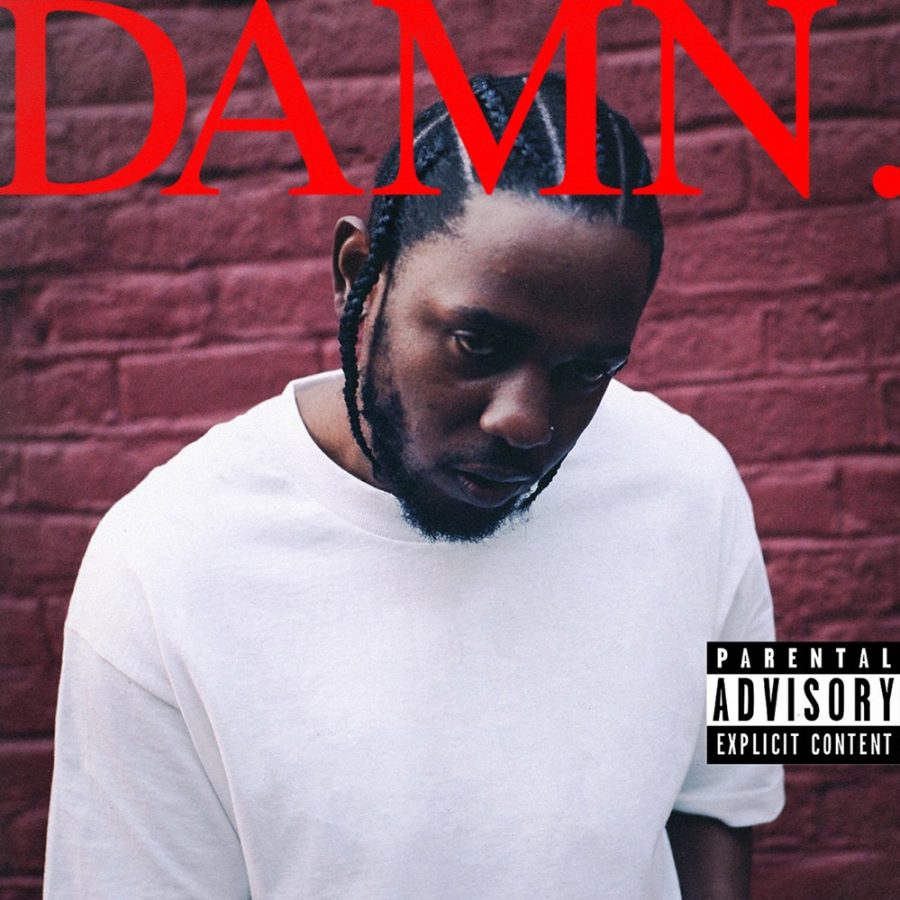 Kendrick Lamar‘s “To Pimp a Butterfly” transcended rap music as a prolifically artistic cultural artifact. The album placed the recently self-proclaimed “Kung Fu Kenny” amongst his contemporaries but also alongside his illustrious predecessors. While the collection of politically charged bangers may very well represent the epitome of rap albums, it purported unrealistic expectations. Before releasing “DAMN.” on April 14, the thought of Kendrick ever topping or even coming close to “TPAB” seemed inconceivable. Despite the unwavering talent of Compton’s own, subtle doubts of regression loomed over the rapper’s future. Unfazed, the talented 29-year-old subverts the astronomically-high standards brought by “TPAB” and legitimately asserts himself as King Kendrick with “DAMN.”

Kendrick’s surprising affinity for modern hip-hop makes “DAMN.” his most palatable listen since “Section 80.” His choices for producers sprawl, but make sense considering the album’s contemporary accessibility. Despite the rather “radio-friendly” route, “DAMN.” features enough tempo shifts, uncanny sampling and otherworldly loops from track to track to remain artistically relevant.

Kendrick may pander to a wider audience with the infusion of boisterous modern hip-hop, but he still provides a cerebral juxtaposition through his poetic abilities as a lyricist. Throughout his relatively young career, Kendrick has proven to be a livid wordsmith — a truly incomparable storyteller by anyone’s standards.

Once again, audiences will experience a Kendrick who still fires off brutally convicting bars with gusto that dismantles a whitewashed society. However, Lamar, the thematic experimentalist he is, delves further beyond societal plagues and plunges into the depths of faith-based introspection. Even though this thematic approach seems far-fetched, Lamar weaves together a puzzle of ingenious imagery, biblical allusions and anecdotal tales into a seamless, intelligent narrative.

“DAMN.” humanizes Kendrick more than any album he has released to date. His latest focuses on the biographical storyline surrounding the fate of Kendrick, hinging upon the hypothetical situation of what may have happened if “Anthony killed Ducky,” Anthony being Anthony “Top Dawg” Tiffith and Ducky being Kendrick’s father, Kenny Duckworth. The plot becomes undeterred by one looming question: “Is it weakness or is it wickedness?” These lines lie at the core of the album, and yield additional dichotomies of love and lust or humbleness and pride, evident through the track titles. These dualities indicate avenues in which he struggles to delineate. In these trials, K. Dot looks to God for answers.

Through his bewildering testament of both fate and faith, Kendrick challenges the listener and asks whether humanity possesses inherent wickedness or spiritual weakness. While these dichotomic themes discussed lend vivid insight into Kendrick’s heart and mind, each song manages to add an angle that keeps this album’s looming riddle in ambiguity and one to be universally applied to all of humanity.

As Kendrick relays his spiritual journey, he renders a Christ-like image in an attempt to prophesize to both himself and his suffering community. He does so by providing a personal narrative while simultaneously scrutinizing the oppression brought upon people of color. Kendrick believes he exists to speak for the voiceless and in “DAMN.” he effectively does so.

“DAMN.” lived up to its predecessor’s billing. It flourishes as a near-immaculate listen from start to finish. Similar to his previous works, Kendrick’s lyrical content remains dense and needs unraveling through multiple listens. In order to fully grasp the power of “DAMN.,” it requires a microscopic critique detached from any rigid comparison to “TPAB.’ Once again, Kung Fu Kenny unleashes meditative bars, shatters expectations, transcends genres and absolutely humbles his counterparts. Kendrick Lamar’s latest installment of narrative mastery confirms that we are witnessing one of the greatest rappers of all time — this generation’s Tupac Shakur.