“Belladonna of Sadness” evokes feelings of nostalgia in dark ways. 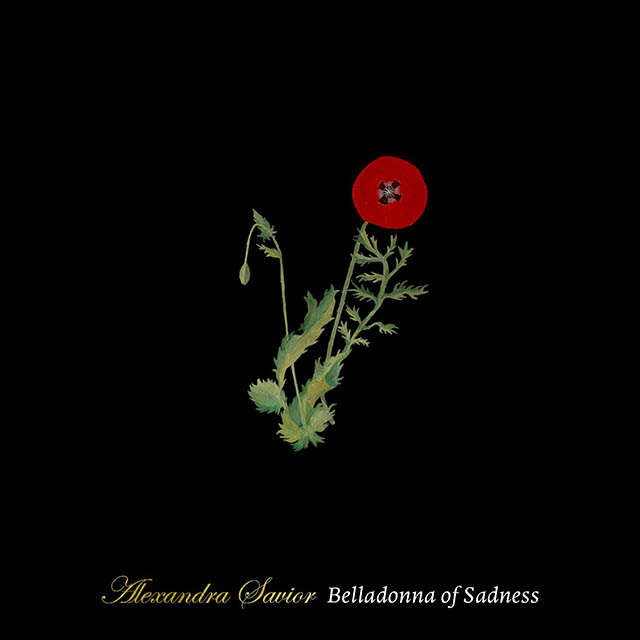 From the start, it becomes hard to discern whether or not singer-songwriter Alexandra Savior’s “Belladonna of Sadness” is a film soundtrack from the ‘60s or a powerful debut album with distinct lyrics that tell stories of relationships and troubled lives. These stories are told in mysterious ways. These mysteries extend an invitation to listeners to look past the retro-lounge singer/songwriter stereotype and truly understand the deep nature of this album.

The album, co-written with Arctic Monkeys frontman Alex Turner, depicts tales of defiance of standards in relationships and the music industry. “Mirage,” the first song and single off the album, comments on the nature of the industry with tongue-in-cheek lines like, “Dress me like the front of a casino/ Push me down another rabbit hole/ Touch me like I’m gonna turn to gold.” The hindsight of her knowledge of the industry came from advice from Courtney Love, who noticed her on YouTube when she posted original songs under her full name, Alexandra McDermott, as told in an interview with Coup de Main. The uniqueness of using the fictional character of Anna Marie Mirage within the song is an example of the dynamic use of lyrics throughout the album.

The ‘50s melancholy tone of “Girlie” sets an ample backdrop for the the story of a girl trying to find her way in the limelight of pop culture. The song seems to go after the same counterpoint message like many songs on the album about the backwards and overrated nature of the music industry. At points, it seems as if these small jabs at the industry take courage to sing, especially considering “Belladonna of Sadness” was released through industry giant Columbia Records.

In regards to production, those who enjoyed the 2013 indie hit album “AM” by Arctic Monkeys, will fall in love with the production. It may come across as unoriginal and overplayed, but Savior’s sultry voice fills in those gaps of superficiality. Along with songwriting credits, Turner co-produced the debut alongside James Ford. Their visions for the album sonically align in a clear manner, considering Ford produced both albums for Turner and Mile Kane’s retro-rock side-project, The Last Shadow Puppets. The echo and tremolo effects laid on top of a lead guitar sound play perfectly in “Vanishing Point,” and the simple, fuzzed out solo in “Bones” elevates the impact of the track. “Shades” shows the unique use of a bass synth that fits perfectly with the dark, apathetic tone of the rest of the song.

Tides of attractive apathy, lyrical prowess from the creative minds of Alexandra Savior and Alex Turner and cinematic production abound in “Belladonna of Sadness.” The album immerses listeners in the world through the low-profile, monochromatic view of Savior. Stories are told through the lens of Noir film, soundtracked by retro-lounge feelings evoked from the effortless quality of production. The album is unique by standards of precedents set from other acts in the genre, such as Lana Del Rey and Marina and the Diamonds. The anti-establishment message of the album, coupled with its industry-standard methods of creation, makes Alexander Savior’s debut truly mystifying.