Four losses in a row mark a rough weekend for the Eagles men’s and women’s tennis teams. 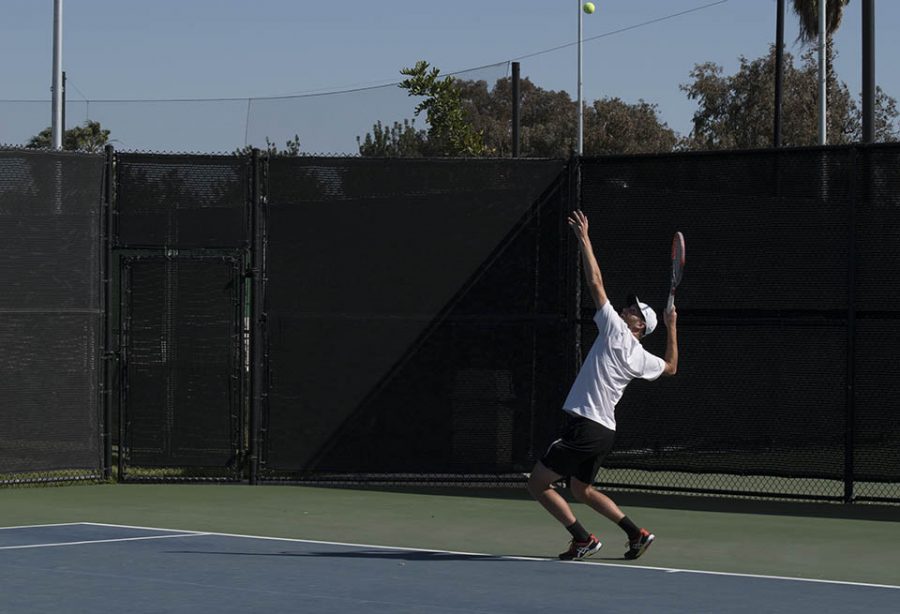 The last two days have proved underwhelming for Biola’s tennis teams, as they were winless over the last four matches. Both teams took an 8-1 loss against the Azusa Pacific University Cougars on April 6, then the men lost 6-3 while the women lost 7-2 against Arizona Christian University on April 7.

The men came into the match against the 14-3 Cougars expecting a loss, but took the match as good experience to face some NCAA Div II competition to prepare for next year. The solo victory of the day for the men came on the No. 5 singles court, as junior David Garcia won his match 1-6, 6-3, 7-5.

The women had much the same mindset heading into their match, as APU came in 11-7. Regardless, the outcome was the same as the men, with the women winning their one match on the No. 3 doubles court. Sophomore Katie Boesl and freshman Tinisee Kandakai defeated their opponents 8-4.

Biola took the courts again the next day to face the Firestorm from ACU, and performed better than expected considering the visiting men’s team’s 6-0 and the women’s team’s 4-2 conference records. The women took their two victories in singles play, as Kandakai and freshman Lauren Lee won on the No. 4 and 3 courts, respectively. They fell just short in two of the doubles matches, losing on both of the bottom two courts 9-7.