The Eagles continue their rise up the GSAC with a victorious series opener against the Hawks. 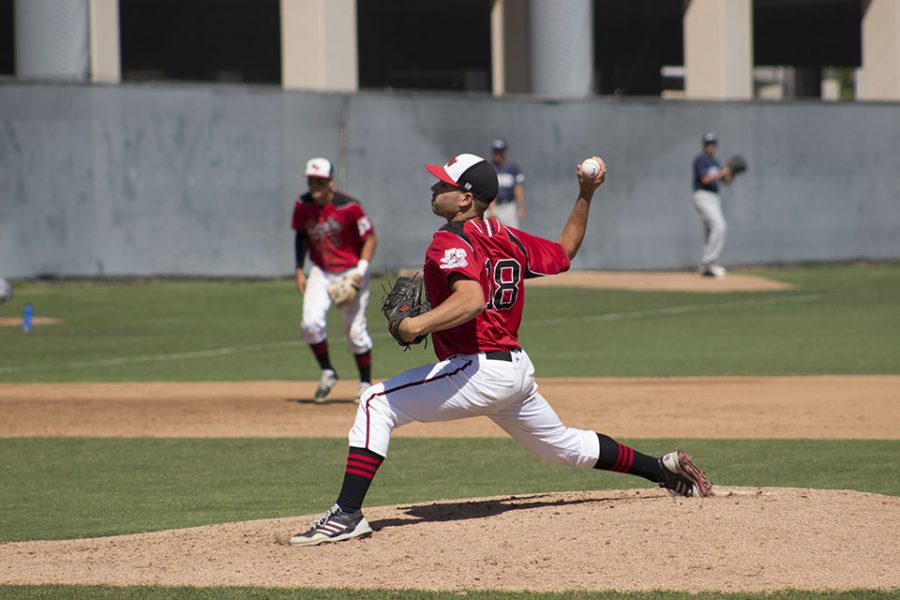 Although the San Diego Christian College Hawks severely cut away at Biola’s lead in the ninth, the Eagles took the first game of the three-game series 5-4. With their victory, the Eagles improve to 11-8 and remain fourth in the Golden State Athletic Conference.

Due to complications with San Diego’s field, the Hawks are the home team for this series, despite Biola retaining home-field advantage.

Senior starting pitcher Jimmy Gallarda took the hill in the bottom of the first with the Eagles ahead 3-0. After senior left fielder Jeremy Barth drove in a run off an RBI fielder’s choice, two additional runs came home on a single from sophomore center fielder Jerron Largusa.

Despite allowing a season-high 12 hits, Gallarda held the Hawks to just three runs while striking out seven to improve to 7-2.

The Eagles wrap up their three-game series against the Hawks with a doubleheader on Saturday, April 8 starting at 11 a.m.