The Biola women’s tennis team snaps a two match losing streak with its 9-0 defeat of the University of the Southwest Mustangs. 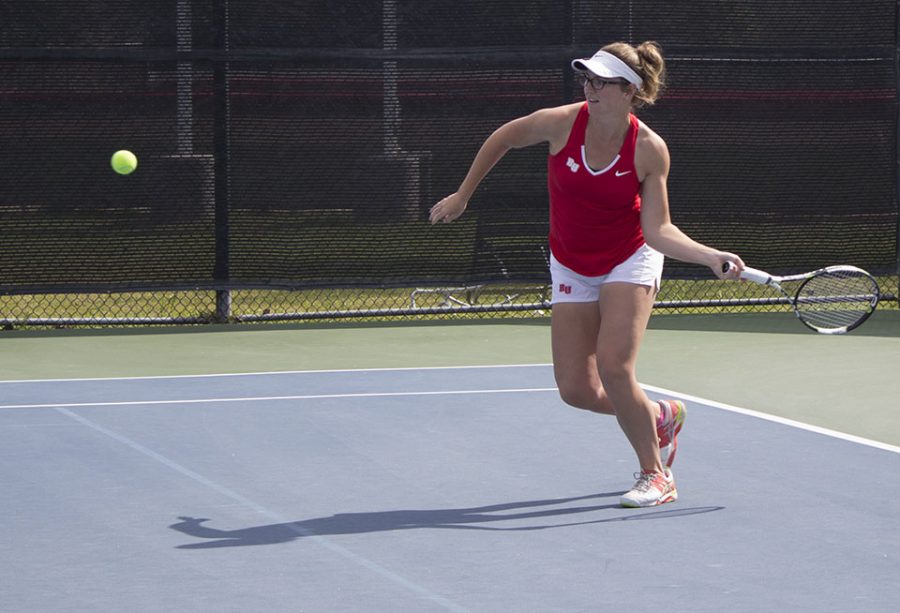 The Eagles cruised to a 9-0 home victory Thursday afternoon over the University of the Southwest Mustangs to win their fourth match of the season.

The Eagles dominated the Mustangs from the very first match. Eagles’ sophomore Taliah Hightower won the opening match 6-2, 6-1, and junior Brooke Sanford won another point for her team, winning 6-0, 7-5. The two straight set victories set the pace for Biola as they continued to build on the early matches.

The match of the day was a grueling back and forth between Eagles’ sophomore Katie Boesl and Mustangs’ sophomore Daisy Sanchez. The athletes went three sets with Boesl triumphing in the end 7-5, 5-7, 7-5.

The doubles teams picked up right where the singles competitors left off, as the freshman team of Tinisee Kandakai and Lauren Lee made quick work of their opponents, winning 8-0. The senior team of Madeline Heer and Kelsey Post also defeated their opponents 8-4 to round off the match victory for the Eagles.

Biola did benefit from the small size of University of the Southwest’s team, as Biola earned two points from singles forfeits and another point from a doubles forfeit.

The Eagles move to 4-11 overall on the season and next play on March 27 against Pacific Lutheran University at 2 pm in another non-conference home match.