After winning a quarter of their matches this week, the Eagles’ men and women will need to improve for the back half of the season. 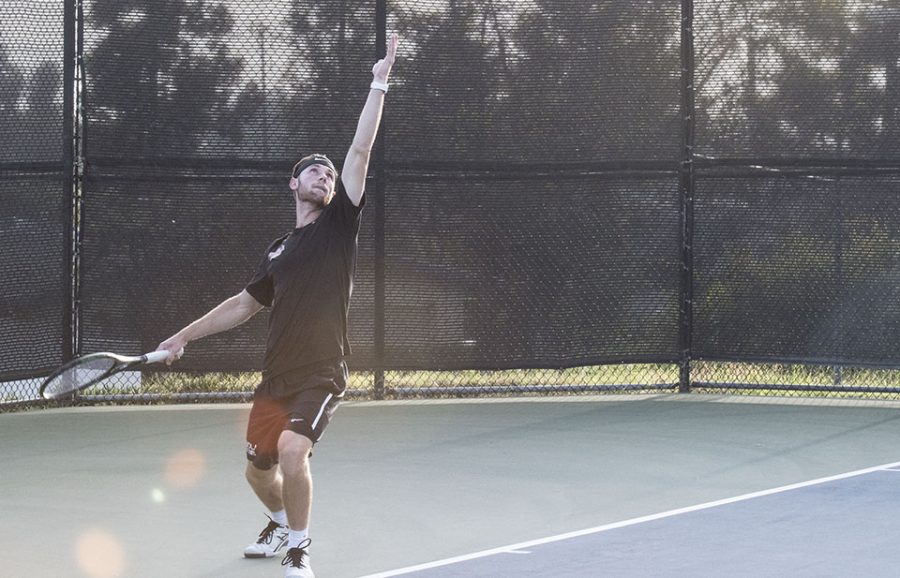 Biola men’s and women’s tennis teams had a less-than-stellar performance this week, winning just one of their four combined matches. The men earned the only win on March 17, winning against The College of Wooster. Both teams fell to San Diego Christian College on March 18, followed by the women’s loss to Sewanee: The University of the South on March 22.

Freshman Jacob Vanderbeek got a chance to play in his first match of the season, as the visiting NCAA Div III College of Wooster could not contend with the Eagles. Biola earned a sweep of the match, with only one doubles match coming close. The junior pairing of Michael Vartuli and David Garcia won their No. 3 doubles match in 9-8 tiebreaker fashion. Vanderbeek made his first career match a good one, dispatching his No. 6 singles opponent 6-1, 6-0.

The men came into the match against San Diego on a three-match win streak and looked to get revenge for their tough 5-4 loss at the hands of the Hawks on Feb. 11. However, that proved not to be, as SDCC won 6-3. Junior Philip Westwood and senior Luke Mountain won their doubles match 8-3, Garcia won his singles match 6-2, 6-1 and junior Joe Turnquist took a 6-3, 6-4 victory in his singles match. They came up just short with one doubles match and one singles match, which proved the advantage San Diego needed to secure their season sweep of Biola’s men.

The women’s match with San Diego ended in an 8-1 loss, identical to their loss on Feb. 11. The only win for Biola came on the No. 2 doubles court, where freshman Lauren Lee and junior Brooke Sanford won 9-8 off a 10-5 tiebreaker.

Lee and Sanford again did their best in the match against Sewanee, winning their doubles match 8-5 for their fifth win in a row as a pair, improving their season record to a team-best 7-7. Lee again proved her mettle in her singles match, grabbing a hard-fought win by a score of 6-3, 1-6 (11-9). Lee has five singles wins this season, trailing only freshman Tinisee Kandakai, who has six.

Both teams step back onto the court at the Biola Tennis Center on March 23, when they play the University of the Southwest. The women start at 2 p.m., while the men do not begin until 3:30 p.m.