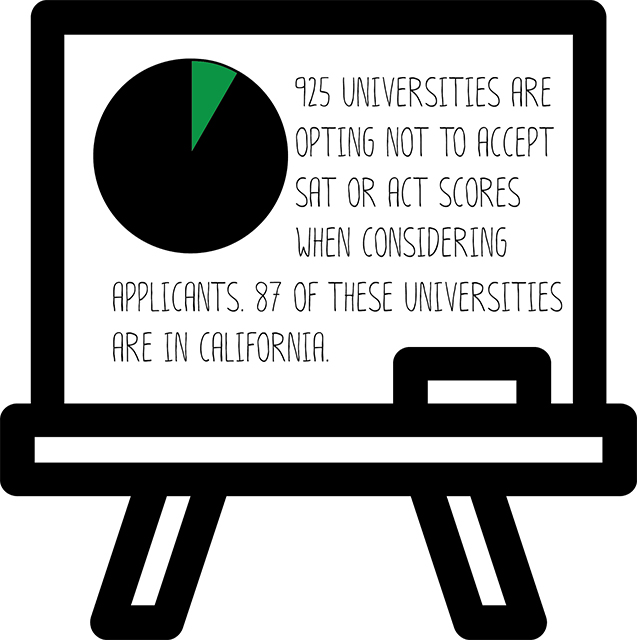 A shift in standards

After observing how over 815 institutions across the country have eliminated standardized test scores in applications, administration has decided to focus on their GPA rather than their test scores. While administration plans to admit 75 students with a minimum 3.0 unweighted cumulative GPA, they hope to see 20 to 25 enrolled by the beginning of fall semester.

“There’s this larger movement in higher education regarding looking at test optional policies,” said Belinda Aleman, assistant director of multi-ethnic outreach. “So we decided to take a look at it and do some research internally about how GPA and SAT scores have, if there’s been any correlation with retention at Biola.”

The department of institutional research will monitor the success of students in the test optional pilot program by examining their college GPA in the same fashion they monitor other groups on campus, like students of color and the FirstGen Scholars Program, according to Reider.

In light of this information, administration hopes to provide students with the financial aid packages they deserve based on the full spectrum of their capabilities, rather than limiting students to test scores.

“I am hopeful that, students that struggle in high school with the standardized test, our hope is that these students would be helped,” Reider said. “That they would get better financial aid packages and that they would be admitted because of their strong work in high school and that test scores wouldn’t hold them back from getting into Biola or from getting the financial aid package they deserve.”

However, transfers, athletes, international students and science, technology, engineering and mathematics students will not be considered for the pilot program, due to separate requirements and technicalities for each group. With those accepted in the program, senior education major Destinee Barrera believes students will have a better representation of their knowledge.

A test of its own

Although admissions expects students accepted into the program to graduate, students who leave Biola for any reason will be noted, added to the data and considered for future cohorts.

“This would just be a snapshot of a group of 25 students, but it should be no different than how students persist that come in with test scores or not,” Reider said. “We’ve been admitting students that have good GPA and have strong writing and things like that, so we would assume that they would do just as well as students admitted with test scores.”

Though other institutions have been successful with the optional test program, administration will determine after the cohort’s first year whether the program will continue.