Adult-oriented comic book movies can be successful if done right. 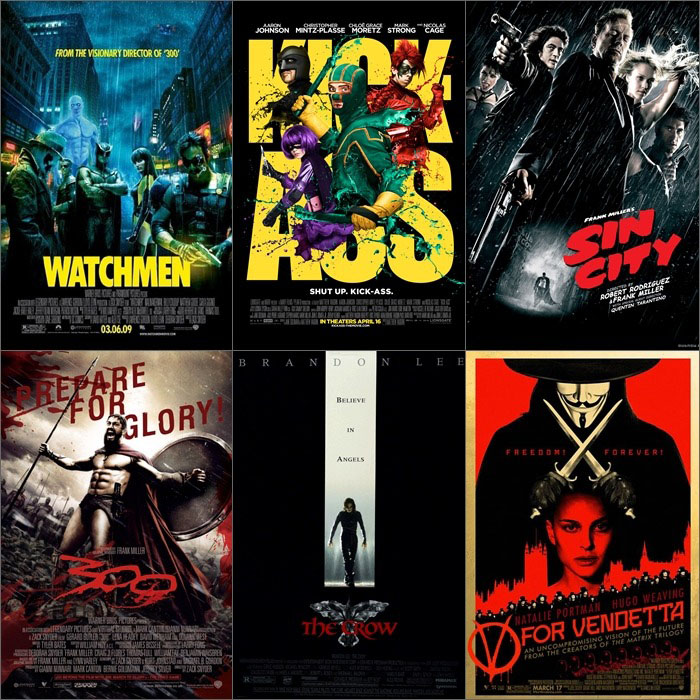 Since Adam West’s “Batman” in 1966 and the iconic “Superman” in 1978. The films now become more familiar to modern audiences. Tim Burton directed the groundbreaking “Batman” in 1989. That same year saw the release of the first ever R-rated comic book movie in “The Punisher.”

Financial risks
The film received negative reviews, however a plethora of R-rated comic book films have dropped since “The Punisher.” Usually one or two films per year, such as “The Crow” in 1994, “Judge Dredd” in 1995, “Spawn” in 1997 and “Blade” in 1998. These films garner fame for different reasons. Critics liked “The Crow,” “Blade” kicked off a trilogy of films, and most remember “Spawn” and “Judge Dredd” for their terribleness. With the exception of “The Crow” and “Blade,” these films were largely unsuccessful due to their critical panning and their failure to make much money.

Although R-rated comic book movies became more successful, studios remained reluctant to accept them as financially safe. Take “300,” for example. “300” is currently the second-highest grossing comic book movie of all time. It earned $456.1 million dollars worldwide, actually beating “Batman Begins,” which earned $374.2 million the previous year. However even R-rated giants like “300” failed to compare with box-office hits such as “The Dark Knight,” which earned $1,004,558,444 in 2008.

R-rated comic book movies lack the mass appeal of PG-13 rated comic book movies. Parents would not take their children to see them, and the movies center around obscure characters. Most want to see Spider-Man or Batman because they know those characters. However, the average moviegoer would not be as familiar with the adult-oriented stories or characters. The film could still be relatively successful, as seen with “300,” but it would still fail to rake in as much money as a more family-friendly film about the X-Men or Superman.
“R” rated done right

This trend continued in recent years with PG-13 comic book movies making more and more money, leaving their R-rated counterparts in the dust. That changed recently with the release of “Deadpool” in 2016. Deadpool was both well received by critics and it earned an unprecedented $782.6 million. Much of the film’s success was due to the fact the rating suited the character. Deadpool is a violent and self-aware character who is full of raunchy jokes, and the film depicted him that way. Regardless of whether or not you liked that movie, they got Deadpool’s character right and they were able to do that because of the R rating. That accurate depiction combined with good humor, dialogue and a decent story helped its financial success.

Fox did a similar thing with the R-rated “Logan.” Wolverine is just as violent as Deadpool, yet his films have remained PG-13. That seems strange for a guy with razor-sharp claws on his hands. His character became somewhat diluted in his past films. Fox took a cue from “Deadpool’s” success and decided to give “Logan” an R rating, and it was without a doubt the best depiction of Wolverine ever released. Even Deadpool was not nearly as well-known as Wolverine until his film released. Logan already makes its mark with a huge opening weekend, earning $152.6 million domestically, as well as critical praise. Hollywood may have just figured out a financially and critically successful R-rated comic book movie that appeals to a wide audience.