Even record after twinbill split

With their doubleheader split, Biola baseball moves to 6-6 in the Golden State Athletic Conference. 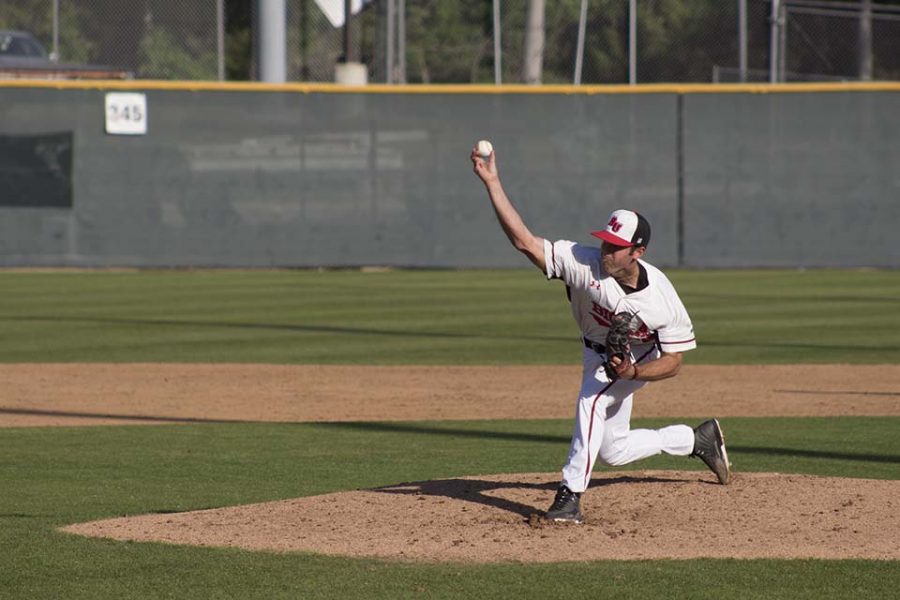 Following their massive victory on March 10, the Eagles finished their doubleheader against Arizona Christian University at Eagles Diamond on March 11. After the Eagles’ ninth-inning rally fell two runs short in their 8-6 loss in game one, they outlasted the Firestorms to win game two 7-2.

A late-game push that ultimately won the game for ACU spoiled junior starting pitcher Wyatt Haccou’s strong outing, where he pitched six innings and allowed one run. Prior to the Firestorm scoring seven runs over the last three innings, Biola held a 4-1 lead after scoring three runs in the sixth.

The following inning, ACU gained the lead and eventually scored three more in the eighth. Although senior left fielder Jeremy Barth managed to bring two runs home on a single in the ninth, the Eagles fell short.

A pair of RBI singles, hit by Magro and Barth, bookended a run off a wild pitch in the fourth inning. After scoring once more in the fifth, the Eagles outlasted ACU as the Firestorm scored one in the sixth and seventh.

Before continuing on with their Golden State Athletic Conference games, the Eagles play a solo game against Marymount College on Tuesday, March 14 at 2 p.m.