This year’s Missions Conference theme focuses on a twofold effect of witnessing. 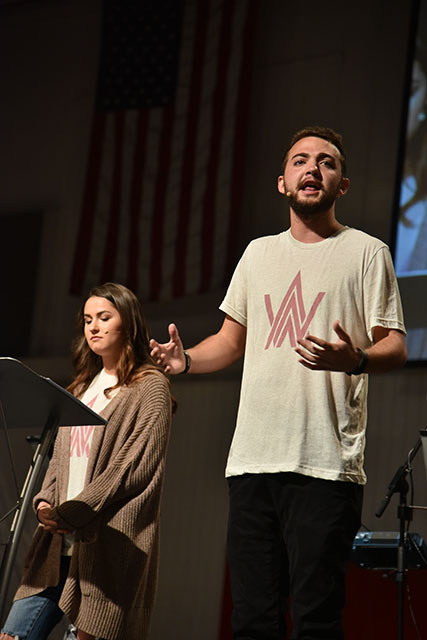 The tagline, “Come and see, go and do,” explains the twofold effect as the calling Christians have to testify how God has transformed their lives, allowing anyone to witness. The chosen verse, Acts 1:8 ― where Christ sends his followers to Jerusalem, Judea, Samaria and the ends of the earth ― also supports this effect.

“Witness is an identity, it’s not an add-on to the Christian life, but that you are a witness,” Meo said.
from our heart to our hands
One immediate way students can understand their identities as witnesses includes the restructured global awareness session, themed “The Least of These.” After watching a video and listening to a speaker in Sutherland Auditorium, approximately 150 students can walk through several rooms featuring different groups of people. Attendees will then exit through the Sutherland Courtyard where they can look at several mission organization booths.

“We’re hoping that it’s not something that’s just heart impactful but it’s something that moves from our heart and moves to our hands and so it’s like, what can I do and how can I join in like God’s kingdom work towards the least of these,” Lowen said.

For main sessions, students can expect the return of Kings Kaleidoscope. Students have the opportunity to listen to them for at least two days, since the restructured schedule now requires students to attend at least two days of conference in order to receive five conference credits. The full schedule can be found on the Missions Conference website.