In the SGA chapel, students learn the candidates' campaign platforms. 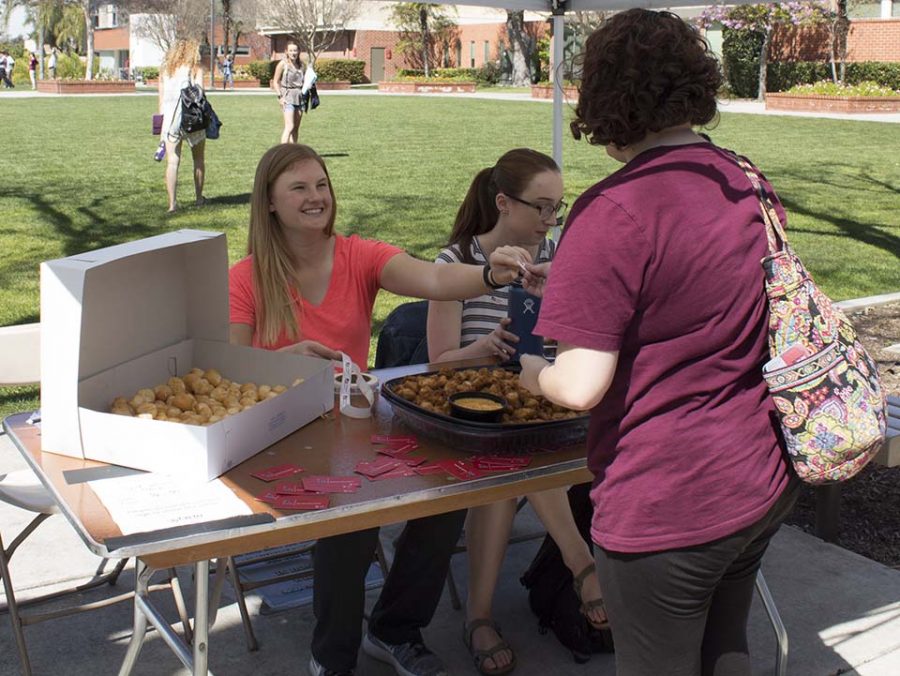 Students got the chance to hear both of the Student Government Association president and vice presidential candidates elaborate on their campaign platforms during the debate in chapel on March 8.

This year the debates were held as a part of the SGA chapel, rather than as a separate event, in hopes of more students hearing the candidates’ platforms, according to SGA vice president of administrative services and senior public relations major Angel Jesudasen.

“Usually we’ve had the debate outside of chapel and it’s… hard to get people to come on, like, a Tuesday night at 9 p.m. We’ve tried many times to market it and it’s never [worked]. We want people to hear the platforms and we said, ‘OK, everyone’s going to be in chapel for election chapel, let’s just have the questions being asked there,’ so that we thought we could target the most people so that they’re informed to go vote,” Jesudasen said.

The importance of political engagement

Jason Muehlhoff, academic advisor and Biola alumnus, shared about the importance of engaging in politics, both during and after students’ time at Biola. He discussed how Christians should not give up on politics because the system appears broken since education, churches and many other systems remain broken but functional as well.

“We definitely went for the personable feel, which took a lot more time than if we had just sat outside for, like, two hours, but it was really great. We met some really awesome people and we didn’t just talk about the campaign, we talked about their lives and what they were up to,” Wyse said.

In order to continue the personable approach in their term, Wyse and George plan to attend large dorm events and make one-on-one appointments available to any student. Another way they plan to continue reaching out to students includes partnering with student leaders across campus to open communication between SGA and a variety of student groups. They also want to extend Biola’s influence off campus by partnering with local organizations to host a serve day each month for all students.

One of the questions Snow asked aimed at how each team will responsibly steward the student fee, to which junior business major and SGA vice presidential candidate Ella Corey answered they want to spend all of the student fee on the students within the one year rather than saving the money to rollover into future years. Wyse explained they aim to do the same, hoping to encourage and empower students.

As a part of the campaign process, Ambrose and Corey handed out donuts and coffee several times in hopes of meeting as many students as possible.

“It’s been busy, but the good kind of busy. I mean, we’ve been more excited than we have been stressed, which I think is good,” Corey said. “We’ve loved getting to know students and talking to as many people on campus as possible, so it’s actually been really fun for us.”

In modeling their roles, Ambrose and Corey hope to have time for students to ask them questions or simply talk with them. They also hope to livestream the senate meetings to provide information to the student body as a whole since most students do not know they can attend the meetings. Ambrose shared they hope to engage in service as well, based on the explantation of coming, giving and serving in Mark 10:45.