Coach Sean Henning looks to build towards the outdoor season after Indoor Championships. 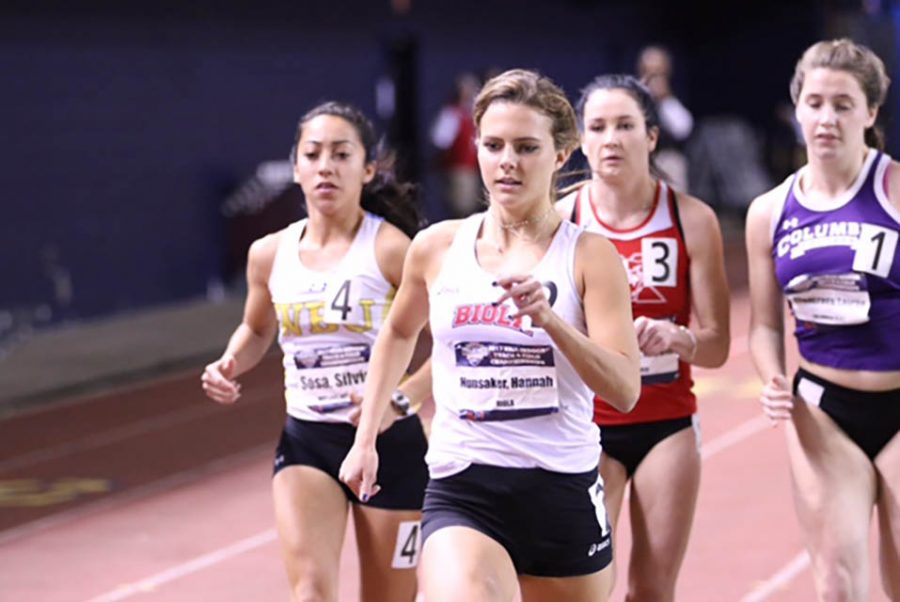 An up and down weekend

“It was an up and down weekend that finished really well,” said head coach Sean Henning. “We were a little disappointed that we didn’t score more points but very happy with the finish.”

Biola athletes competed in seven events, including five finals, down from last year’s indoor championships where Biola had competitors in 10 events and eight finals.

“The goal was to get to the finals,” said senior Lyndee Dawson. “Then we go all out and try to do our best.”

Dawson did just that in the women’s 3,000m final, finishing second and beating her own school record by 10 seconds, earning her All-American honors.

“[Dawson] executed exactly as planned and ran about as good of a race as she could have run,” Henning said. “She showed a lot of grit, toughness and perseverance, despite having run four races beforehand.”

Freshman pole vaulter Sarah Prystupa and freshman sprinter Paige LaBare both got their first taste of national championship competition, with Prystupa finishing tied for ninth and LaBare finishing 20th in the 60m prelims. Both gathered valuable experience competing against the best competition.

Biola only had one male representative, sophomore Ryan Thompson, who ran the men’s 5,000m, but failed to finish high enough to earn any points for the men’s team.

Looking ahead to the outdoor season, Coach Henning has set his and his team’s sights on the women’s Golden State Athletic Conference outdoor title, as well as topping last year’s sixth place finish at the outdoor national championships.