Woven Conference is held to advise women of faith as they pursue their careers. 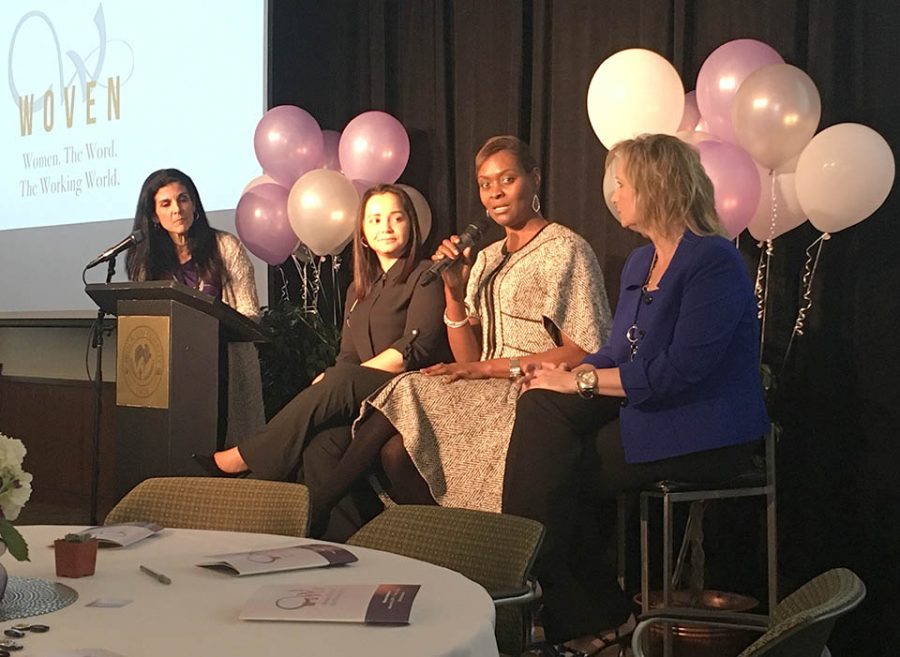 In order to help advise female students venturing into the workplace, associate professor at The Crowell School of Business Laureen Mgrdichian held the Woven Conference on March 4, 2017.

The importance of unity

The event took place in Andrews Banquet Hall and had about 80 attendees, varying from students to local church members. After hosting other non-faith women’s conferences, Laureen sought to have successful business women of faith advise younger women on their journey.

“Amazing women have risen in the ranks and have great stories but they were missing the faith part,” Laureen said. “I thought, wouldn’t it be cool if we can have a speaker series like that but have believers who can incorporate their faith.”

Guests recognized the very existence of a strong female community as elemental in catapulting one into the Lord’s goal for their lives.

Founder of Grit & Virtue and speaker Charlena Ortiz, who has built a company around supporting women pursuing their careers, wanted to encourage community building between women.

“Community is a thing that makes my heart thrive and that’s the most important thing that I came for,” Charlena said.

According to undeclared sophomore Jenna Mgrdichian, speaker and COO and CFO of Squar Milner LLP Scharrell Jackson left a lasting impact on the audience as she shared about the struggles which led to her success.

“Scharrell Jackson, and hearing her story about how she started off with not a lot and all of the hardship she had to endure in her life,” Jenna said. “It was very inspiring to see that she’s so successful and to know that she’s one of the partners of an amazing accounting firm and just knowing that that is possible for us.”

Mitchell encouraged women to embrace their gifts and not conform to social stereotypes.

“[Mitchell] was highlighting that strength does not make you overbearing, and it doesn’t make you bossy. It just means that you know the Lord’s purpose for your life and you’re going to go do it,” said Alyse Mgrdichian, sophomore psychology major.

Roberto Ortiz, the only male speaker of the afternoon, left his job with Yahoo to help develop Grit & Virtue with his wife Charlena. He spoke on his career and how it relates to the Lord.

Speakers were excited to equip women in faith and knowledge as they venture into the world to pursue their goals.

“I think that these ladies, especially the young ladies, were exposed to experience biblical truth and wisdom so that they can look to Jesus for their calling and their future and their purpose and live to be the person they were created to be with freedom and not bound by what culture says they should or should not be,” Mitchell said.