Women’s basketball suffers a loss to Westmont in the semifinal round, ending Biola’s GSAC career early. 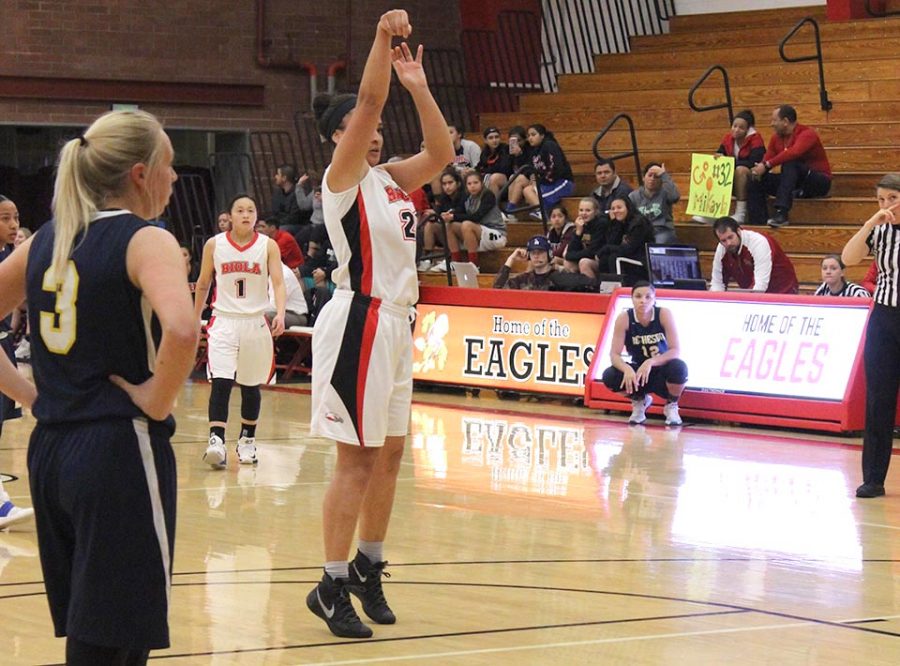 A sure-fire way to lose a basketball game is to not make baskets. Unfortunately for Biola’s women’s basketball team, that was the place they found themselves in on March 4, when they lost 59-51 to the No. 7 Westmont College Warriors in the semifinal round of the Golden State Athletic Conference playoffs. The Eagles finished their GSAC run with a conference record of 13-3 and an overall record of 23-7.

Both teams struggled mightily from the field all-night, with a 21-19 advantage for the Warriors at halftime. In the first half, both made nine field goals apiece, with the two-point difference stemming from the fact that Westmont made one three-pointer and two free-throws while Biola had zero threes and one free-throw.

In the second half, offensive struggles for both teams continued, with Westmont shooting 36.7 percent from the field and Biola shooting 34.3 percent. Again, three-pointers played a huge part in the outcome, as Biola attempted 15 in the second half and only made two. For the night, Biola went 2-25 from beyond the arc, a truly awful eight percent. Westmont also had the advantage from the free-throw line, making twice as many shots as the Eagles. Biola briefly held a one-point advantage with 8:11 left on the clock, but the Warriors quickly took back the lead and never let go on the way to their eight-point win.

Senior forward Joclyn Kirton led the Eagles’ effort with 10 points and seven rebounds, followed by nine points each from senior guard Annie Park, junior guard DeMoria White and sophomore forward Sara Dougan. Biola got points from all but one player who stepped on the court, whereas all of Westmont’s points came from their starting five, led by 24 from guard Kayla Sato.

Biola’s season is likely not over because they came in ranked No. 14 in the nation, meaning they very well could earn a bid into the National Association of Intercollegiate Athletics playoffs that begin on March 15. But, for now, the Eagles have nothing to do but wait.