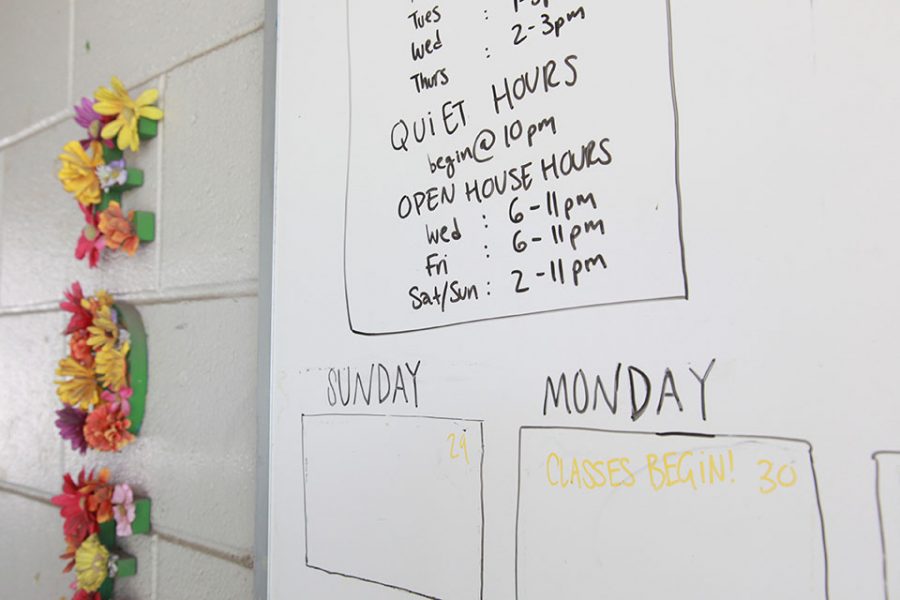 College is a time for independence. As 18-year-olds, young freshmen drive through the college’s entrance to new freedoms such as making decisions without asking for parents’ consent, determining sleep habits and choosing with whom they want to associate. One of the biggest freedoms of college is dorming. More or less, students live in rooms owned by the school. With this in mind, students should have more freedom to associate with people of the opposite gender to learn how to live among them maturely. Students should have more open hour opportunities during the week.

The policy of open hours have always existed in the Biola’s history. For a conservative Christian university, the rules make sense. They seeks to help students foster healthy relationships, but creates set boundaries so students are not incentivized to engage in inappropriate activities. The rules also make it easier for resident advisors and resident directors to control the residents living with them.

“The reason for open house hours are essentially to create community and protect the community,” said Dawn White, director of residence life. “So when I think about guys’ or girls’ halls and for them to think “OK, this is what I can know or expect the opposite gender to be on the floor and when they’re not”, there’s a different level of comfortability that comes with that and then also allows for a different sense of community to develop if there’s always not visitors coming from the different genders.”

Time to create a bond and act as genders definitely add to the argument of having fewer open hours. The downside of fewer open hours than more, though, is that students need to learn how to properly learn to maturely coexist with other genders. Giving limited hours to students to have opposite genders on floors does not help this cause.

Open hours can also help students engage in fewer activities off-campus that go against Biola’s code of ethics contract. RAs and RDs will have greater supervision over students, which will help foster healthier community relations. RAs already go on rounds nightly, so extending the normal weekday open hours to every weekday will not increase their workload.

Though students are placed in an atmosphere with strict limitations preventing them from making poor decisions, the confinements inhibit them from learning how to consciously make the right decision when placed in a given situation. Students will also break the rules no matter what. Students will find a way around the rules. The less strict the rules, the less temptation to break them in the first place.

A need for re-evaluation

A good place to start in re-evaluating how many open hours should be allowed would be to look at the days of the week. To have Wednesday as the one day during the workweek students can visit seems counterintuitive. Students should have the ability to go in a floor of the opposite sex every night. If the hours of 6 p.m. – 11 p.m. as open hours became instituted every weeknight, leaving 19 hours in the day for students to build bonds with those of the same gender on the floor. Furthermore, it gives students more open hours allows for families to visit. An extreme inconvenience for many visiting families of students is they are not allowed on floors simply because of the open hours rules.

Students want this change. In 2014, senior Lauren Helsey ran a petition to extend the amount of open hours to this time frame. Over the course of a few weeks, she had nearly 1,000 students sign this petition.

“Because the dorm is your home, especially on a campus with this many people with a limited number of communal areas, having that personal space to be with your friends, whether for sitting or for fun,” said Helsey. “Being able to use that every day of the week instead of specific hours of certain days would’ve been a very beneficial way to create community.”

College presents itself as a time of learning. Maturity can flourish in dorm halls rather than skewed views of abstinence. Students on this campus have the power to change rules. Contact residence life. Contact student development. Start a petition to show that people want change and to live in the present time of society.