After the $180 million campaign comes to an end, funding the science center does not. 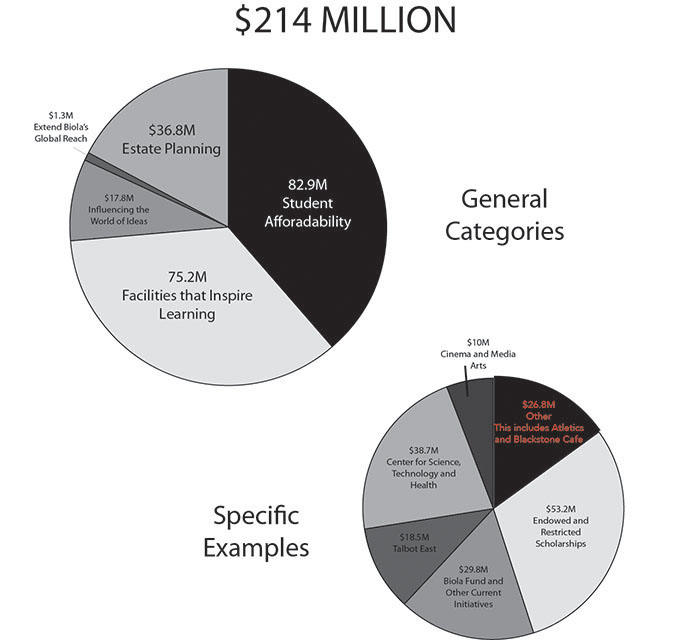 The Alton and Lydia Lim Center for Science, Technology and Health continues to search for funds, though Biola raised more than $30 million over the five-year campaign goal.

A need for endowment
While the current cost for the science center remains $63 million dollars, including construction and endowment costs, only $38.7 million has been fundraised as of date. This leaves approximately $5 million left in construction costs as well as an additional approximately $10 million to go towards an endowment to pay for basic maintenance costs to keep the building running after occupancy.

“We’ve raised substantially all the money that’s needed for the construction of the building itself. What’s left to be raised is for the endowment,” said Michael Pierce, vice president for university operations and finance. “That’s actually what we plan on doing in the current calendar year is raising that piece. So generally speaking, the building fundraising has gone very, very well.”

When originally establishing campaign plans for A Soul of Conviction, A Voice of Courage, the preliminary architectural plans for the science building only included three floors. However, during the campaign, the plans changed to allow for a basement, adding approximately $20 million to the building cost to account for additional construction and endowment costs.

“After the campaign was approved…  we’re like, well, we only have one time to do this and so we should put a basement in now, cause you’re not gonna build a building and then go, ‘gosh, I wish we would have had fourth floor somewhere,’” Pierce said.

Administration will continue to fundraise through the calendar year to finish raising money for construction costs and the endowment. If the money fails to come in on time, the university will pull the remaining amount from their own endowment fund.

“We’re trying to preserve those assets,” Pierce said. “We’re trying to just get it all from fundraising and that way we protect the university from a long-term financial basis from doing it that way.”

Another reason they continue to fundraise includes a pledge to not put the cost on students. The building remains set to open in January 2018.

“Students are concerned this is on their tuition dollar,” Pierce said. “There’s a commitment not to put this on the backs of students and that it’s through fundraising that that building is being built.”