Future Cal Grant recipients may have their scholarship cut. 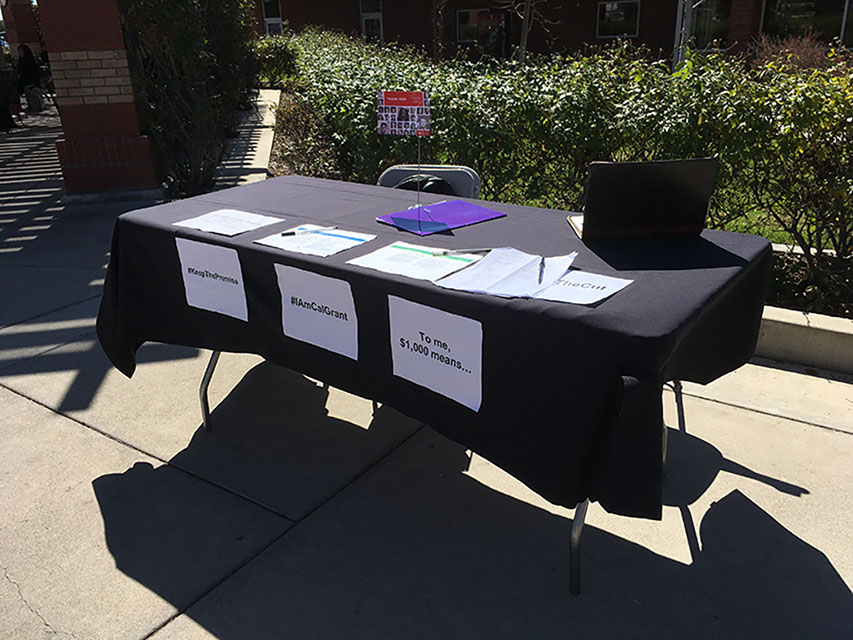 University Communications and Marketing set up a booth on Feb. 21-23 to petition against cutting the Cal Grant for low-income students.

Upon presenting the budget for the upcoming fiscal year on Jan. 10, Gov. Jerry Brown proposed cutting the maximum Cal Grant award by 11.2 percent, or about $1,028. Although the cut should not affect students currently receiving the Cal Grant, it could cause stress and limitations for future incoming students if passed.

“It could potentially affect anyone getting the Cal Grant,” said Monica Kochan, junior journalism major. “And the reason it could affect them is it could limit them in the number of hours they’re taking… and it could also prohibit them from pursuing a higher education.”

The Association of Independent California Colleges and Universities reached out to UCM last week to join the “What $1,000 means to me…” campaign. UCM has collected approximately 95 signatures from the Biola community, primarily students, at the booth this week and plan to send two staff members and two students to a hearing on Feb. 28 with the signatures to show how this change will negatively impact students and their ability to pursue an education.