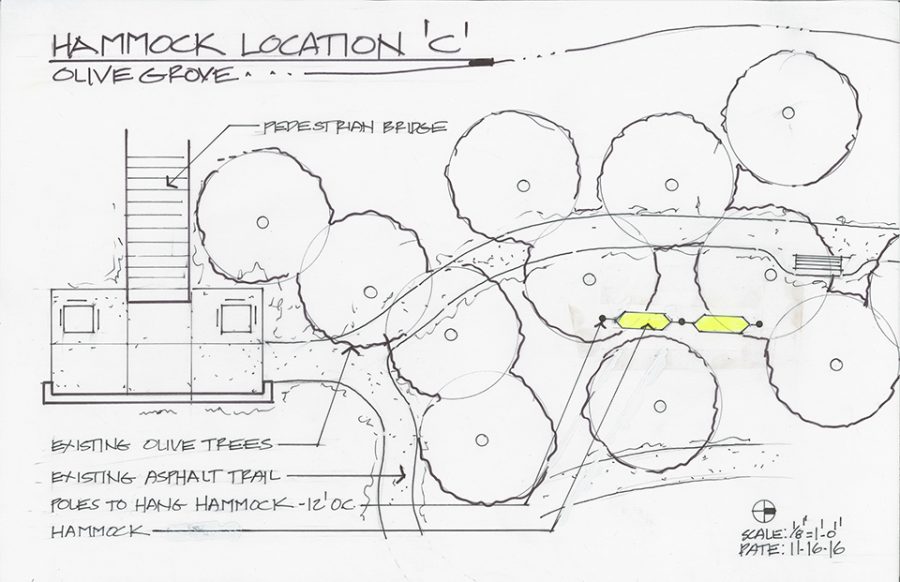 Due to a recent vote by the Student Government Association, students can enjoy the upcoming spring weather in new hammocks on campus.

The SGA and facilities management worked together to design two hammock stations, one in front of the Student Union Building and another in the Olive Grove, with four and three poles respectively. Rather than placing the hammocks on trees, Sigma senator and junior psychology major Katie Davis came up with the idea to install poles configured in different designs to fit different amounts of people.

“When I was looking at colleges, I toured UC Davis and I saw that they had the hammock stations with permanent poles in the ground so I was already starting to think about that, like OK, we can’t use trees, maybe we can use poles instead,” Davis said.

“I think it’s a great idea, you know, we’ve been looking at a way to hang a hammock that isn’t harmful to trees,” Phillips said. “I know hammocking is a really popular thing these days and I think it could be nice to bring that to the campus.”

The SGA approved $1,100 to buy 20 hammocks and rope kits, which students can borrow from the SGA office for free since students should not use their own hammocks. Karina Morris, sophomore elementary education major, loves the idea of hammocks though she remains uncertain about the far location of the Olive Grove.