Hope International looked to grab their first conference win over Biola women’s basketball, but the Eagles came away victorious. 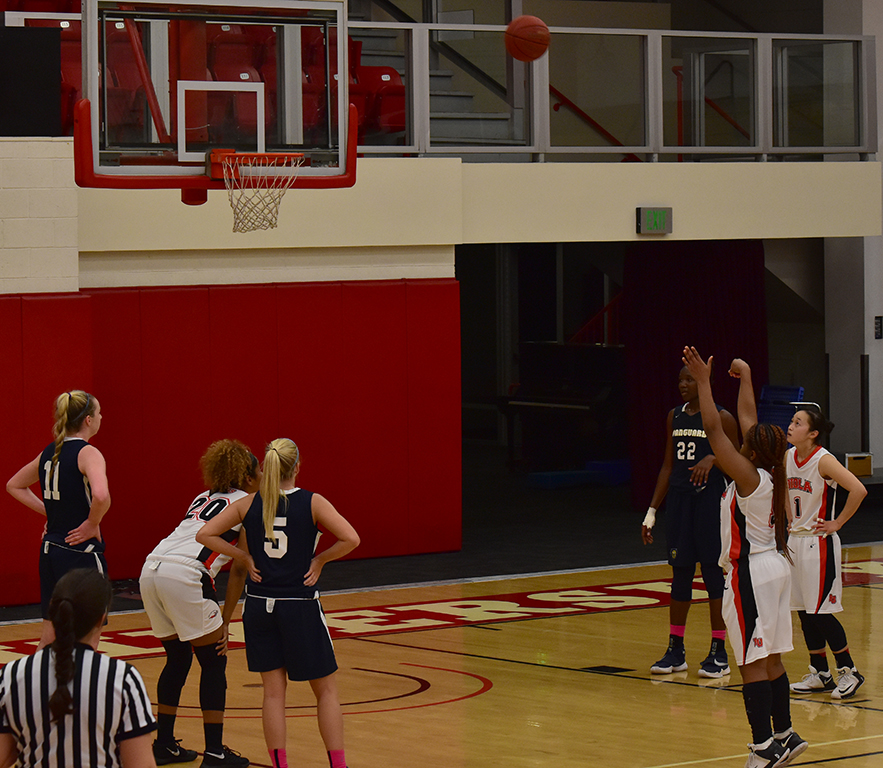 Coming off a huge upset victory over the No. 3 Vanguard University Lions on Feb. 14, Biola’s women’s basketball team faced off against the Hope International University Royals, a team who came in winless in the Golden State Athletic Conference. However, Hope gave Biola nearly as much as they could handle, as the Eagles barely escaped with a 59-51 win that moved their conference record to 12-3.

The Eagles’ offense struggled to get started in the first half, as their power trio of senior guard Annie Park, senior forward Joclyn Kirton and junior guard DeMoria White scored only six each through the first half of play. Despite the lack of offense, Kirton stepped up by grabbing nine rebounds in the first half alone.

Biola went into the halftime break trailing the Royals 27-24 due to Biola’s poor 27.6 percent from the field compared to Hope’s 40 percent. In the second half, Biola took the lead with just over two minutes left in the third quarter, and they did not relinquish that lead again. White put up 12 points in the second half, Park contributed eight, Kirton added six more and two rebounds to get yet another double-double, and freshman guard Kayla Macedo added seven big points off the bench.

The Eagles will find themselves at home for their next game on senior night to face the San Diego Christian College Hawks on Feb. 21 at 7:30 p.m. Park and Kirton will be honored in their final regular season home game in Biola uniforms.