Kirton’s play in the paint within the past two months has lifted women’s basketball to new heights. 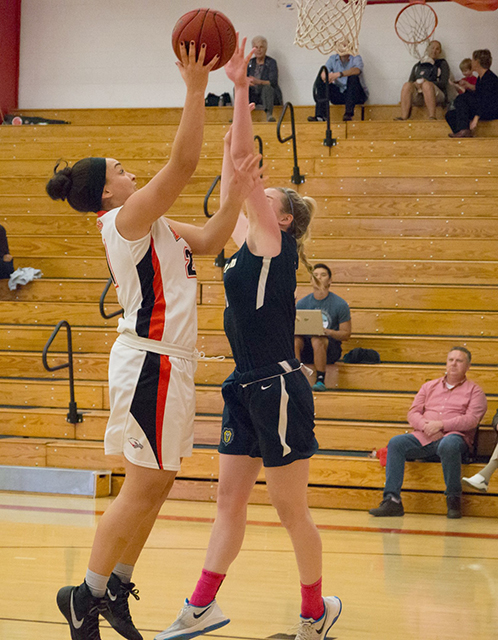 With students away for interterm, several Biola athletes displayed exemplary play for their respective sports. However, one player exploded onto the scene as arguably the most important player to their team. The Biola women’s basketball team has experienced a resurgent year under coach Alan Nakamura in his second season at the helm. But no one has been as vital to the team’s success this season than senior starting forward Joclyn Kirton. Since the start of the 2017 calendar year, the Eagles have gone 10-3 due in large part to Kirton’s dominant play in the paint. Since their Jan. 3 game against Golden State Athletic Conference foes The Master’s College Mustangs, Kirton averaged a near double-double. She dominated her opposition en route to 15.9 points per game and 9.3 rebounds in that span and boosted the talent level of the front court to similar peaks as the backcourt. In accordance with her two-month dominance of the GSAC, Kirton has earned the Chimes’ Athlete of January and February.