Floodgates of heaven rain down 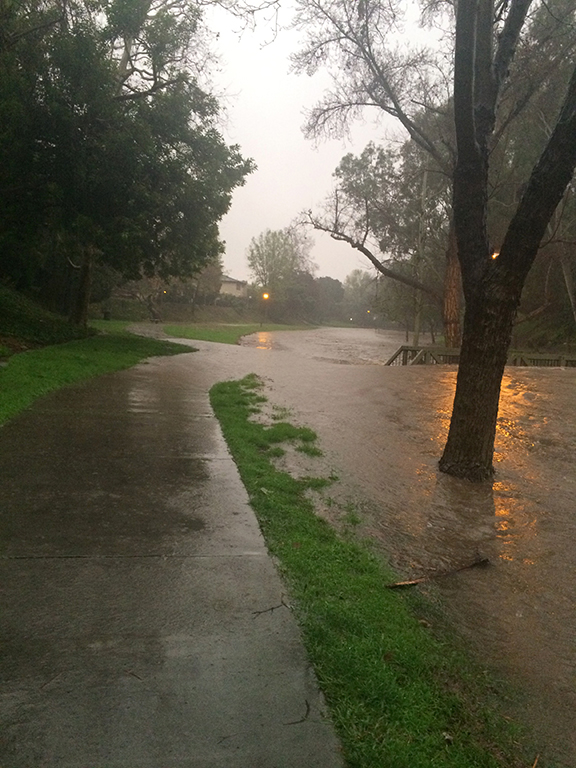 After six years of drought, 50 counties in California entered into a state of emergency declared by Governor Jerry Brown due to damages caused by flooding and mudslides. This included Los Angeles County where Biola is located.

Before the rain began, facilities management and Campus Safety already had carefully planned a response to possible water intrusion, leaks and flooding of the creek. Plans included updating one another on damaged areas and having extra crews from both departments available on Sunday, Jan. 22 to help with any flooding.

“There was flooding at Hope Hall, the north fire door, water got in. So its part of the plan was to have facilities crew, they were here, they were just going from places to places, areas where there were leaks, facilities was… implementing plans in place to take care of those leaks,” said John Ojeisekhoba, chief of Campus Safety.

Hope Hall had the largest amount of standing water on campus, according to director of facilities management Brian Phillips. Despite the amount of water and debris, junior business major Christina Aspland continued moving in and appreciated facilities’ quick clean up response.