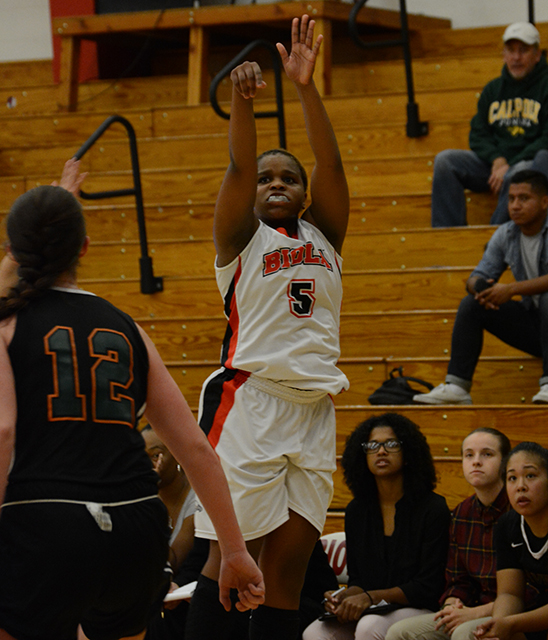 After a hard-fought loss against the Concordia University Eagles on Nov. 29, women’s basketball bounced back with two big road wins. They faced the Chapman University Cougars on Dec. 3 and won 74-68. Three days later on Dec. 6, Biola traveled to the Azusa Pacific University Cougars and achieved the win with a nearly identical score of 74-69.

The National Collegiate Athletics Association Div. III Chapman Cougars made Biola fight for each of their points and Chapman even took an eight-point lead into halftime after a dominant second quarter. Junior guard Khadidja Diakite led Biola’s offensive output in the half, putting up 12 points and grabbing seven rebounds.

After intermission, Biola’s offense found their rhythm, led by the senior duo of guard Annie Park and forward Joclyn Kirton with 22 and 14 points, respectively. Park finished the night with 27, and Kirton grabbed 10 rebounds for yet another double-double. Diakite also had a double-double after pulling down six additional second-half boards. Biola’s third quarter set them up for victory, as they outscored Chapman 24-10, followed by a 25-point fourth quarter to put the nail in the coffin.

The Eagles faced their old rivals from APU for the final time as a National Association of Intercollegiate Athletics competitor before Biola joins Azusa in the NCAA Div II next year. Biola came out of the gate firing on all cylinders and built themselves an eight-point lead by the end of the first quarter. They expanded the gap to 14 by halftime thanks to outscoring the Cougars 24-20 in the second quarter.

Azusa made the game interesting in the second half, cutting into the lead in both the third and fourth quarters. In fact, with 1:26 left on the game clock in the fourth quarter, Biola only led by two. However, two clutch steals for the Eagles plus three made free throws put the game out of reach of APU. Junior guard DeMoria White held the offensive spotlight all night, finishing with 34 points on 13-21 shooting including four three-pointers. Park came up second in scoring for the team, ending with 18 points.

Biola moves to a quality 7-3 record for the season so far and has shown their ability to play with all but the highest level of competitors. Biola returns home on Dec. 10 to face their first Golden State Athletic Conference foe, the William Jessup University Warriors, at 2 p.m. inside Chase Gymnasium.