The Eagles are ready to take another shot at the GSAC championship. 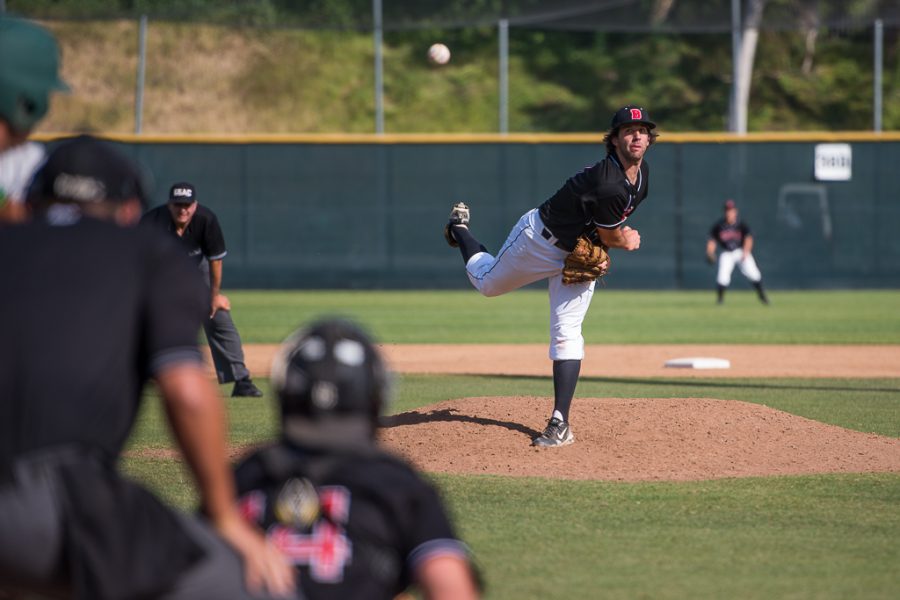 After falling one win short in the Golden State Athletic Conference championship last year, Biola’s baseball team is ready for similar success this season. A recent intrasquad series and an addition to their coaching staff encourages the Eagles as the upcoming season quickly approaches.

“The team’s preparation has been very good to this point in the fall,” said head coach Jay Sullenger. “We are going later into the fall on the field than normal to attempt to set up our pitching well for the spring which starts in mid-January.”

During mid-November, the team played a six-game series that split the squad into two teams, red and black. Anticipating his first season with the Eagles, Wyatt Haccou opened the series with an impressive complete-game shutout for the black team. Senior outfielder Jeremy Barth and junior infielder Daniel Jang proved the only ballplayers on the red team to muster a hit off Haccou’s dominant outing.

Furthermore, his offense supported their pitcher with eight runs, including a four-run third inning. Both sophomore outfielder Jerron Largusa and sophomore third baseman Joey Margo each connected for a pair of hits and one RBI, while the former finished with three runs. In the end, the black team triumphed over the red team, four games to two.

“I was encouraged more than any of the previous three falls here at Biola as I have seen leadership within the players and the overall culture continue to grow spiritually, within the classroom and athletically on the field,” Sullenger said. “The guys understand what is asked, in addition to the expectations of the program and what it takes to be successful on the field with the strong finish to last year’s season.”

Amidst the changes being experienced by Biola Athletics, the baseball team brought on Frank Ramirez in August as the program’s first-ever strength & conditioning coach. Ramirez’s experience spans from high school up to National Collegiate Athletic Association Division I. Shortly after graduating from California State University Long Beach, he accepted the assistant strength & conditioning coach position from his alma mater in 2010. His experience in the NCAA and weight room workouts has helped the team prepare for 2017.

After an exhibition game at the University of California San Diego, the Eagles open their season against Bethesda University on Tuesday, Jan. 24 at 2 p.m.