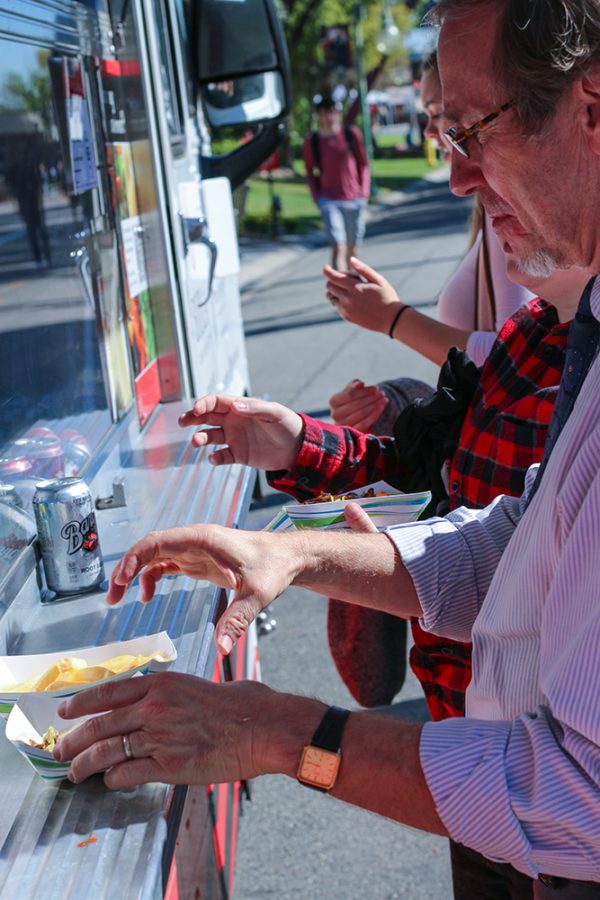 Students can experience different flavors and menu options at the Soaring Eagle and a new salad option on Wednesdays at Eagle’s Nest.

The new menu and the additional salad option are intended to provide healthier options at lower costs for students, following recent trends in food services across campus, where students prefer to pay for healthy food.

The main change at the Soaring Eagle include the tacos. The tacos were the most popular item last year and the menu will keep the fish and Korean tacos. However, they will be changing from fried fish to grilled fish, as it is healthier and adds more variety to the original original menu.

“People kept asking for more and more variety and the truck is very limited on space,” said Steve Rall, general manager at Bon Appétit. “There’s not much refrigerator space, so it’s just trying to maximize the space and use the product in many different ways.”

“That leads me to believe that people are now putting their money where their mouth is, wanting healthier choices,” Rall said.

Some students, like sophomore nursing major Amina Edache, have mixed to negative reviews about the new menu at the Soaring Eagle. Edache believes a better change requires an off-campus service other than Bon Appétit.

“I kinda wish that the food truck was its own entity, because it’s like Bon Appétit is literally the entire school,” Edache said. “If we’re going to have a food truck serve food truck food, don’t serve Bon Appétit, that’s what the Caf is for.”

In addition to adding healthier options on campus, the new salad bar at Eagle’s Nest contains fresh-cooked meat, unlike the cold meat in the salad bar in the Caf, as well as fresher lettuces.

“It’s definitely better that we advocate healthy eating. Especially as students, I know that we don’t take the time to eat healthy, but it’s good that we’re being encouraged because we need to take care of ourselves,” said Irene Mendoza, junior psychology major.

Mendoza also works as a student worker at Eagle’s Nest. She has viewed Bon Appétit’s budget for the new salad bar and raised concerns about the profitability of the endeavor.

“I’ve seen our sales go down… It’s kind of sad to see, because we probably spend about $500 on the food, specifically for the salad bar,” Mendoza said. “So to see that only eight people bought a salad that’s like $8, so we probably only made about $48 [sic] when we spent $500 ― there’s no profit in it. So I see how that really will make an effect on my job later on.”