Biolans are disillusioned by presidential election

Students should be involved in politics now more than ever. 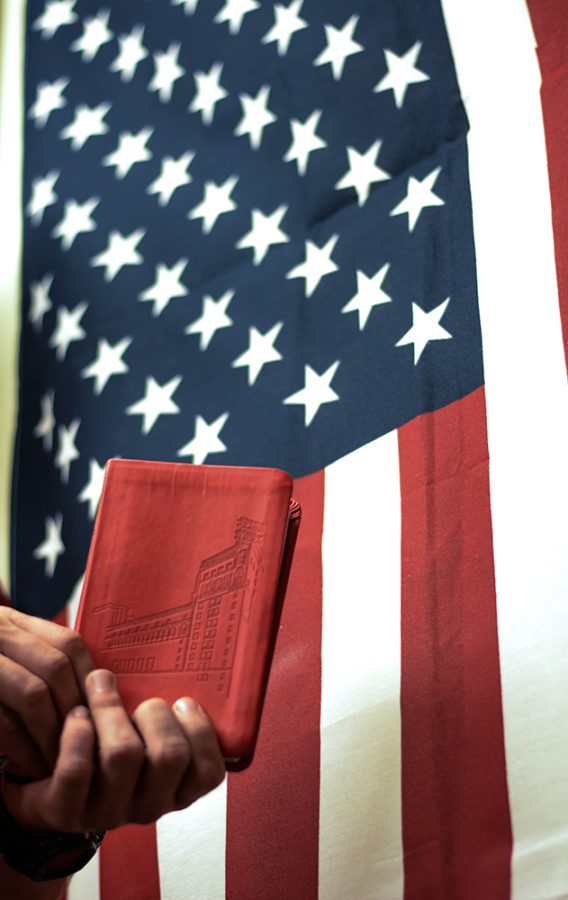 No statistics or study need to be done to quantify Biolans’ mood and disillusionment about the current presidential election. Confusion and even political alienation and apathy proliferates as students are increasingly pressured by what was once a seemingly simple question of four years past: Who will you vote for this coming election? What does this election mean for evangelical Christians and what political party should Christians associate themselves with? Regardless of whether you vote or not, we should not fall for the dangerous myth our political apathy and disassociation will ameliorate our political grievances.

It is acceptable to be concerned and even angry about our current presidential election. Presumptuous it may sound, but I would argue the common belief this country deserves better candidates than Democratic candidate Hillary Clinton and Republican presidential hopeful Donald Trump is a popular belief among my peers. Millennials are tired of not only the current presidential candidates, but are disconnecting themselves from both the Democratic and the Republican parties. According to Pew Research, an estimated “41 percent [of millennials] identify as independents, compared with 34 percent who identify as Democrats and just 22 percent who identify as Republicans.”

Discussion about political disillusionment and anger among Biolans intensified when evangelical theologian Wayne Grudem endorsed Donald Trump in a Townhall article posted on July 28 of this year. In response, a World and Craft blog post titled “How Evangelicals are Losing an Entire Generation” by Amy Gannett started circulating on my Facebook newsfeed. Gannett claims, “Evangelical leaders are going to lose an entire generation of Christians in the wake of our current political and social climate.” Gannet is right, and her article eloquently relays the issue of Christian nationalism and how millennials have a different experience with politics and economics compared to our grandparents’ and even our parents’ generation.

Gannett states, “Evangelical leaders like Grudem are using their political and social weight on issues close to their generation, and are neglecting the moral imperatives to seek justice, peace and equality for the Black community, the immigrant community and the refugee community.” Grudem recanted his endorsement after the “Trump tapes” explicitly revealed the degrading comments Trump made in the past. Grudem then reversed his recantation in a recent article, again endorsing Trump in another Townhall article published on Oct. 19.

A need for student voters

Millennials are up against problems unprecedented in the history of the United States. Climate change, the student debt crisis, perpetual war in the Middle East, mass incarceration, an unpopular war on drugs, police brutality and a dangerously expanding national security state are just a few of the issues we students have to deal with for the rest of our lives. This means students should not just stay out of politics entirely. According to Massachusetts Institute of Technology  professor emeritus Noam Chomsky, “If you abandon the political arena, somebody is going to be there. Corporations aren’t going to go home and join the PTA. They are going to run things.” We have to keep power in check and make sure our country does not become what late political philosopher Sheldon Wolin called a “managed democracy” in his last book, “Democracy Incorporated: Managed Democracy and the Specter of Inverted Totalitarianism.”

Let us create a grassroots movement. Talk to your representative and become involved in the public square.