For the first time at Candyland, students can experience a maze. 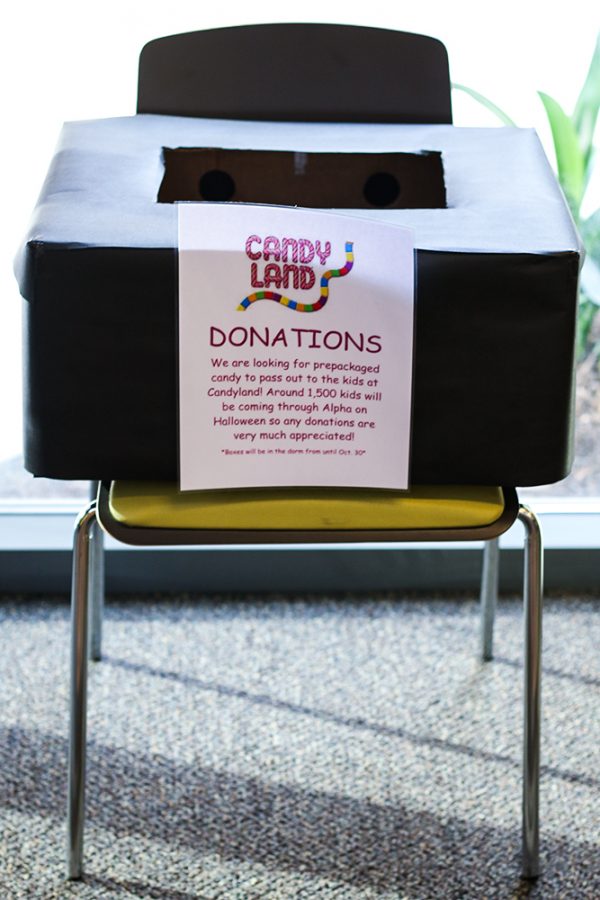 As another year of Candyland approaches, Alpha residents hope to include more of the Biola community by adding a maze for the first time.

The maze is open to students in the last hour of the event, from 7 to 8 p.m., in a room at the end of the hallway on the first floor in Alpha West. Candyland primarily reaches out to the La Mirada community from 5 to 8 p.m., bringing in about 2,000 kids, but the event has always been open to students the last hour, according to Cristina Schmitter, Alpha resident advisor and junior public relations major.

“I think sometimes Biola students don’t realize that the event’s also for them, and so we wanted to find ways this year to really encourage Biolans to come because it’s super fun, and also I think it helps build bridges between dorms,” Schmitter said.

The idea for the maze came from last year’s Mosaic Masquerade, where one of the rooms was set up as a maze. Alpha RAs reached out to the current Mosaic RAs, sophomore political science major Wyatt Redfern and sophomore psychology major Patrick Wheeler, for help.

“Those two RAs are basically heading up the whole thing and they’re designing it really… so, I think that partnership is really cool just to see how interdorm relationships really bring people together,” Schmitter said. “So, getting their help is a huge blessing and it’s just fun to have that connection and build that relationship.”

The event will bring further dorm connections, not only in preparations but also with students engaging in Candyland. To attract students to the maze, it will include a Halloween theme and suspenseful elements, according to Redfern.

An array of activities

“I’m most excited to see the Biola students interact with the people in the maze and see them be excited for the maze. The reactions are always fun when you do something like this. And I really hope to get the rest of the community involved with Candyland because I know it’s a really good thing,” Redfern said.

While the new element is specifically for students, the community has several other activities to participate in, including a bounce house, a movie, face painting and games.

“The maze will be just focused for Biola students because I don’t know if a four-year-old would want to go into a maze that they might get jumped at or something like that. And so, while it isn’t for the community, at the same time I think that there are enough other activities available to them that it won’t be excluding them by any means,” Schmitter said.