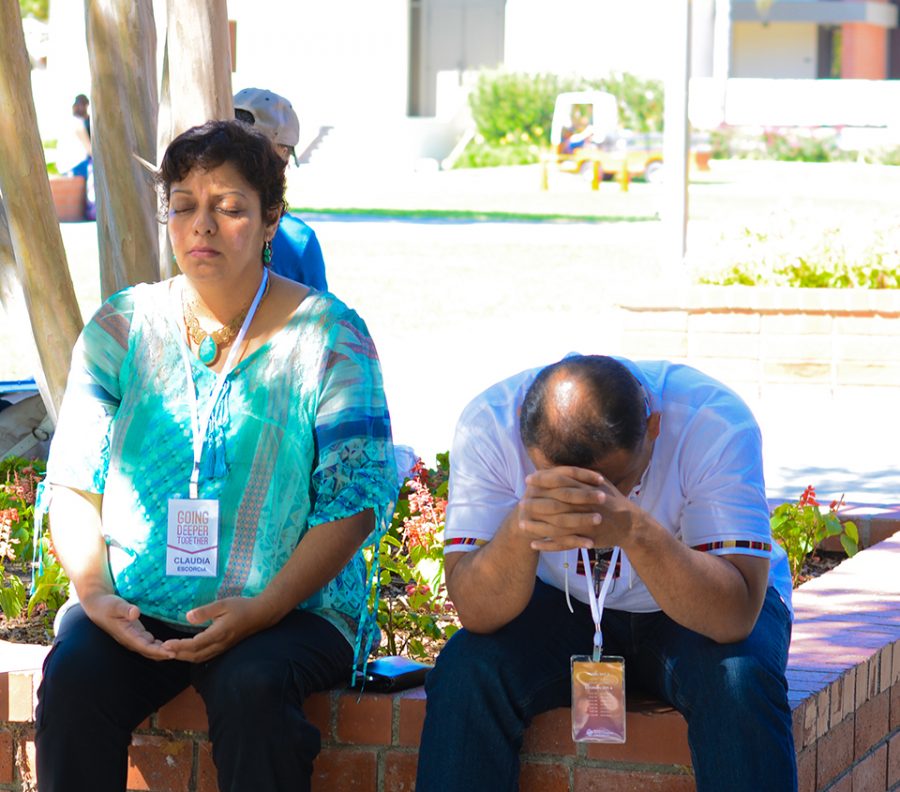 For the third year in a row, the Center for Marriage and Relationships ran a marriage conference, this year with the theme “Going Deeper Together” on Oct. 7-8.

As a part of the conference, married couples came to understand why the institution of marriage exists and how it can not only help married individuals, but also impact the rest of the world for the kingdom of God.

“Marriages are clearly designed to bring us joy and to bring [God] glory and then to bring other people to him,” said Chris Grace, director of CMR and professor of psychology.  “Our marriages can be used as almost a tool that God says, ‘This is how I want to bring people that don’t know me into the kingdom.”

The Importance of Healthy Relationships

Faculty members such as Chris, believe the conference is crucial to couples who are doing well, who are looking to take their relationship from good to great and those experiencing difficulties rising from trust issues or traumas creating conflict and distancing.

Chris explained society, and individuals as a whole, perform better in work and life when families maintain healthy relationships, and how children from healthy marriage homes tend to function better in society.

In order to encourage a healthy relationship, couples at the conference were given alone time to meditate, a lunch where they discussed their thoughts, sign-ups for spiritual direction or mentoring, also referred to as marriage education opportunity, and a 50-page manual with exercises, notes, resources and date night ideas.

“We teach them a little bit on how to go off and listen to God and talk to God about wherever he would speak to them about their relationship,” Chris said.

In a large group setting, speakers such as professor of communications Tim Muehlhoff, director of Talbot’s Center for Spiritual Renewal Judy TenElshof and consulting director of CMR Alisa Grace spoke about spiritual formation, conflict within marriage and sexual intimacy.

“The thing I’m looking forward to the most is helping couples see how intricately God is involved in the marriage,” TenElshof said. “Usually their conversations go deeper once they realize God’s involved in them and they learn in conflict to go to God first and then come together.”

How to Make Conflict Work

Alisa discussed how to make conflict actually work for a marriage rather than against it.

“If all couples experience conflict then what’s the trick between those couples that succeed and have a high level of marital success versus those that really just are struggling?” Alisa said. “Part of that key is learning how to make conflict work for you.”

“We are still in this weird place as a church, that in the most sexualized age in the history of humanity, we’re still afraid to talk about sex. We believe that sex is a thermometer and not a thermostat.  Thermostat actually turns up the heat, thermometer registers the heat,” Muehlhoff said. “We have to redeem an idea of what God intended with sex being a form of communication.”

The CMR hired trained professionals from within Biola who base their teaching on biblical truths, use scientifically founded studies, communication, psychology and practicality as they lead people in marriage and relationships.

“You get a great marriage conference at a church when a pastor speaks and does it because you’re going to get good biblical wisdom, good biblical truth, and you’re going to walk away equipped.  That’s great, we’re not saying that’s a bad thing.  We’re just saying, we’re going to do that and in addition, we’re going to bring in what’s the most relevant research out there that supports and validates this and comes together in a way that’s applied and we just don’t find that happening out there,” Chris said.