Strong start from the blocks

The PCSC Relays and Pentathlon harbored an encouraging start for Biola swim. 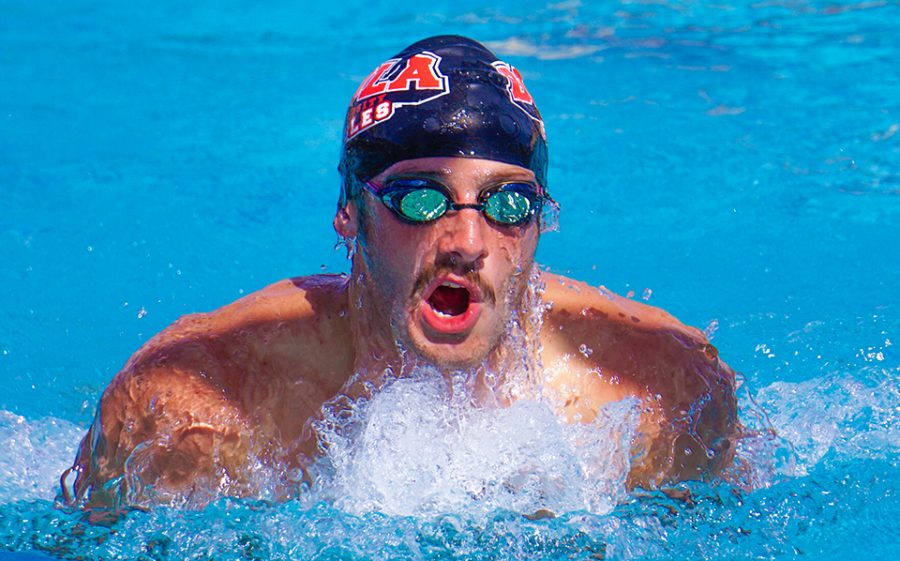 Splash! Aquatic Center hosted the Pacific Collegiate Swim and Dive Conference Relays and Pentathlon on Oct. 7-8, and Biola made an appearance for the ninth straight year, going back to the 2006-2007 season.

Strong finishes
Day one featured a full day of relay races, with Biola fielding a combined 27 teams from the men and women’s sides. This meet marked the first official time head coach Emily Mosbacher has acted in that role after taking over the reins in July.

The Eagles finished the day with three teams coming in the top three of their races, including the men’s 200 yard freestyle, women’s 400 yard medley and men’s 800 yard freestyle.

In the men’s 200 free, junior Daniel Vale posted the fastest time, completing his leg of the relay in 22.88 seconds, helping the Eagles to a 1:32.22 finish that barely beat out the third place finishers from Concordia University by less than three-tenths of a second.

Freshman Bethany Harper led the women in the 400 medley, swimming a 26.05 segment to boost Biola to a third place finish with a total time of 4:07.78.

Freshman Tom Franicevich completed his 200 yard portion in 1:48.08, a number that beat out senior Michael Severi by 14-hundredths of a second and helped give the relay team a second place finish with a 7:20.21.

Day two contained the pentathlon portion of the meet, and three Eagles had particularly excellent results.
Swimmer of the day
Freshman Raymond Kam finished third overall in the men’s pentathlon, helped along by his second place finish in the 100 yard breaststroke and third place in the 200 IM.

Freshmen made their mark in a big way at the meet, as Rachel Stinchcomb earned herself a seventh place spot in the pentathlon, coming in the top 13 athletes in four of the five races she competed in.

However, the swimmer of the day proved junior Lisa Tixier, who took home first place overall thanks to a quartet of second-place finishes in all but the 100 yard backstroke, where she came seventh.

“Well, I had no idea I would place this high in the pentathlon, much less get first,” Tixier said. “That was super exciting. The last two years I have placed in the top 10 — each year a little higher — so that was really cool. I just try my hardest and am glad to represent Biola at these meets.”

The women’s team finished fifth of the six teams present while the men came third out of three. They have their next meet on Oct. 15 starting at 10 a.m. at the Malibu Invite hosted by Pepperdine University.